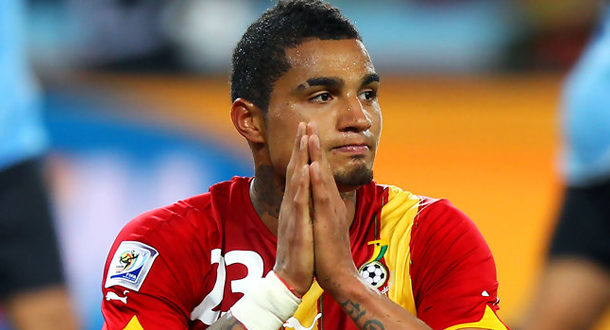 On this day in 2010, Ghana were victorious against the USA, sending the Black Stars to the quarter finals for the first time in their history.

They also became the fifth African country to achieve that feat in the world cup. Ghana started their campaign with a 1-0 win over Serbia and were then held to a 1-1 draw by Australia.

In their final group game, they faced the mighty Germany where they lost 1-0 but secured second place in Group D. They were set for a showdown with USA.

Kevin Prince Boateng scored the first goal but the Americans found an equalizer and the game went into extra time. Asamoah Gyan beat his marker and blasted the ball home to send Ghana to the quarter finals. The score line was 2-1.

Kevin Prince Boateng and Asamoah Gyan were on target for the Stars pic.twitter.com/OpiY4jWk5V