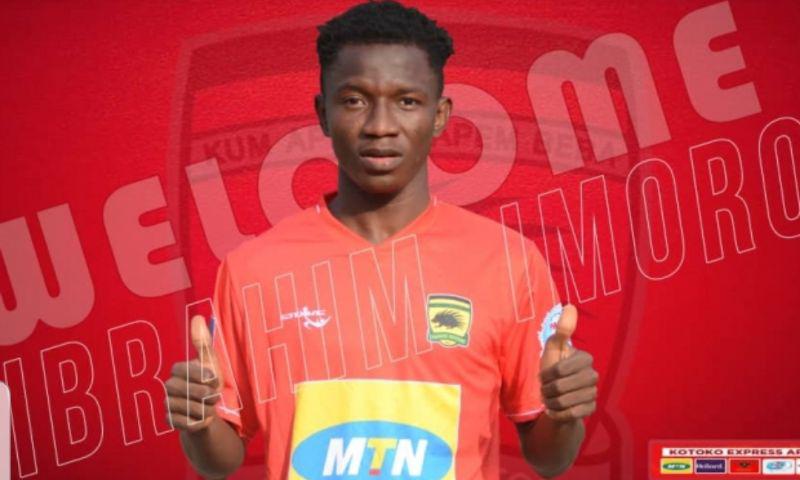 Division two side Thunder FC is set to report Asante Kotoko to the world football governing body FIFA over the unpaid transfer fee of Imoro Ibrahim.

Ibrahim joined the Porcupine Warriors on a four-year deal from Thunder FC last year for a fee believed to be Gh¢ 240,000.

The 20-year-old was a key member of the Black Stars "B" squad that finished second at the 2019 WAFU Cup of Nations.

Speaking to Oyerepa FM in an interview, the bankroller of the club Alhaji Nash disclosed that his outfit has written to Kotoko demanding the transfer fee.

"Kotoko and coach Maxwell Konadu contacted me for the service of Imoro. We agreed on a transfer fee of Gh¢240,000 but they have refused to pay us after rejecting an initial payment [Gh¢ 35,000] which was a peanut.

He added, "I rejected the initial payment of Gh¢ 35,000 because they paid less of the signing-on fee agreed with the player. We all agreed that his signing-on fee to be paid annually was Gh¢ 40,000 but they decided to pay only Gh¢ 10,000."

"The club's Chief Executive Officer, Nana Gyambibi Coker has not been responding to my calls. The best option for my outfit is to report them to FIFA and CAF. We have informed the Ghana FA with letters on the issue."

The highly-rated left-back made 11 appearances and scored one goal for Asante Kotoko before the suspension of the 2019/20 Ghana Premier League season due to the coronavirus outbreak.