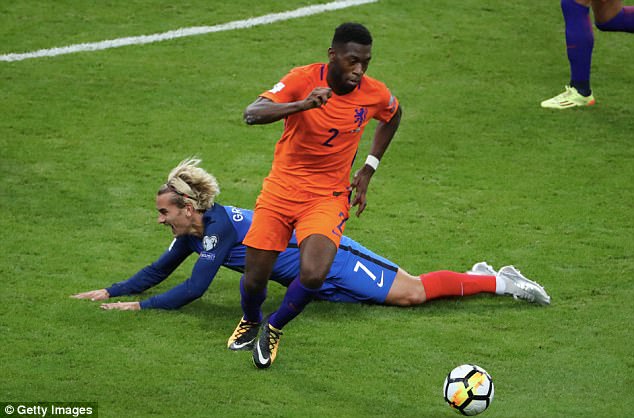 Manchester United defender Timothy Mensah made his international debut for European country the Netherlands, turning off any chance of Ghana getting the player to feature for the Black Stars.

The versatile player has been monitored for some time by the Ghana Football Association and were in the process of persuading him to choose Ghana over Holland.

However, the 19 year old chose Holland and made his international debut in the 4-0 trouncing by France in the World Cup qualifiers last Thursday.

Born to Ghanaian parents, Timothy has largely played his football in Holland with the Ajax Youth Academy set up before moving to England to play for Manchester United.

The Europa Cup winner signed a one year loan deal with Crystal Palace at the beginning of the season and has been ever present for the struggling Premier League side this season.

Mensah was on the bench when the Orange of Holland defeated Bulgaria 3-1 on Sunday.

This means the player cannot feature for the Black Stars after making his International debut for Holland.