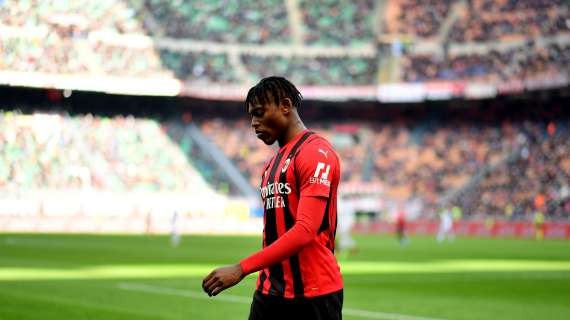 Has Rafael Leao solved his problems with Sporting Lisbon? Absolutely not. The situation is very thorny and yesterday's sentence confirmed the joint and several responsibility of Lille as well, but did not exclude that of the Ac Milan player.

THE ISSUE
Trying to clarify it, we need to start from the beginning. In 2018, a fight broke out at the Sporting training pitch in Lisbon. After a defeat, the fans enter the offices and locker rooms, coming to blows with some players, including Rafael Leao.

Someone decides to take advantage of a rule in Portuguese law that authorizes a person engaged in a job to unilaterally terminate the contract for just cause if put in danger or in difficulty in the workplace.

Among the players who opt to terminate the contract, there are also Podence, William Carvalho and Rui Patricio who ends up at Wolverhampton. Unlike Lille, the English club heals the goalkeeper's position and therefore there are no further measures that instead affect Rafael Leao.

YESTERDAY'S SENTENCE
The TAS confirmed Leao's responsibility for having unilaterally terminated the contract, without just cause, but Article 17, paragraph 2 provides for the automatic transfer of responsibility to the club that signs up for him later, namely Lille. So he is jointly responsible for at least the 16.5 million of the arbitration. Both Leao and Lille are obliged to Sporting, who can decide who to retaliate on one side or the other. Sporting from Lisbon has already decided to do it on Leao. Yesterday's TAS added two pieces, because it put the case back in front of FIFA for two reasons.

Disciplinary sanctions for the player and the club
The TAS said it was incompetent for disciplinary sanctions. Six months of stop are possible for the player and two transfer windows out for Lille. There are not automatic sanctions, FIFA itself should re-evaluate the case. The €16.5 million that Leao owes to Sporting will presumably not be called into question, but economically there could be further damage to be paid to Sporting. It is impossible to understand how much this figure could be: it could be €2-3 million but, absurdly, €50. And in this case both Leao and Lille will be responsible.

Everyone wants to end the situation.
So Lille and Leao, to heal their position, have to pay the €16.5 million to Sporting. Otherwise the ball will return to the FIFA court, which can resume the case within 45 days. At that point it will assess the disciplinary sanctions but also the possible damage. The hope for Leao and Lille is that the position can be healed before FIFA meets, because it is one thing to pay 16.5 million, another to add another claim for damages and face further penalties. The interest of all parties is that of an agreement to pay Sporting.

There is no agreement on the contract.
Both Leao and AC Milan intend to extend their employment relationship. But the actual negotiation was postponed to the resolution of this legal problem. Here it is very important to understand the extent of the damage. Leao will always be obliged to pay Sporting.