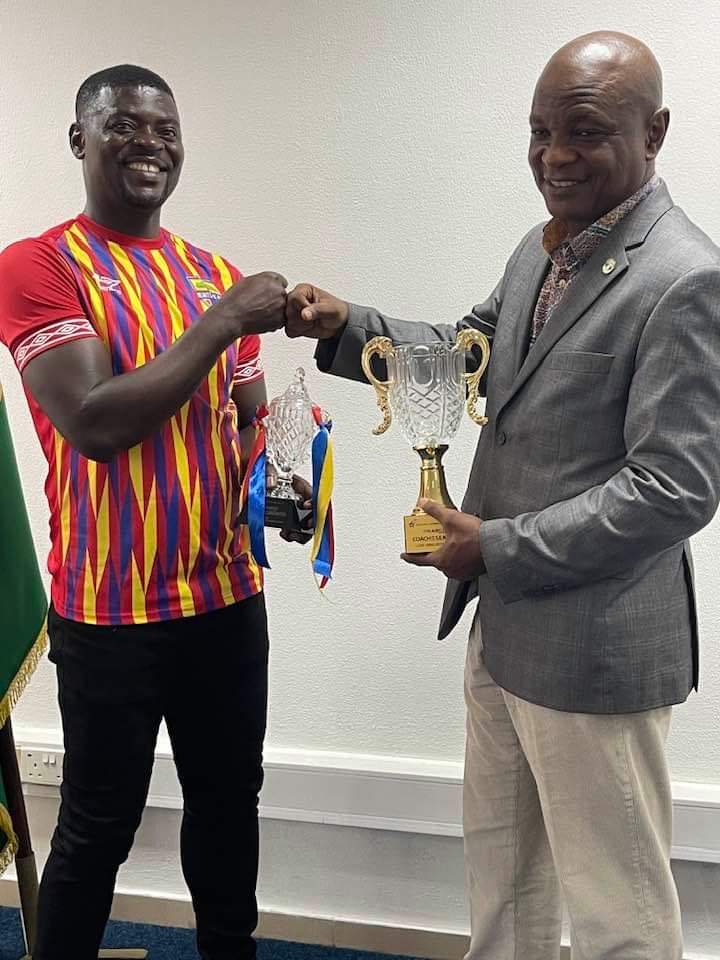 Hearts of Oak Head Coach Samuel Boadu has stressed that club board chairman Togbe Afede XIV is assured of trophies while he remains in charge of the club.

The highly-rated tactician on Sunday evening guided Hearts of Oak to a 2-1 win against Bechem United in the finals of this season’s MTN FA Cup to emerge as champions.

Speaking in his post-match interview, coach Samuel Boadu said; “Togbe is guaranteed trophies. He should not worry. I thank him for his support.”

Despite the success of the MTN FA Cup triumph, Coach Samuel Boadu says he considers the team’s inability to make the top four of the Ghana Premier League as a failure.

“Hearts of Oak is a big club and we can’t end the season without a trophy, but as a coach not being in the top four I feel I have failed. People should know this as well, with Coach Boadu there’s always a trophy to win,” Coach Samuel Boadu added.