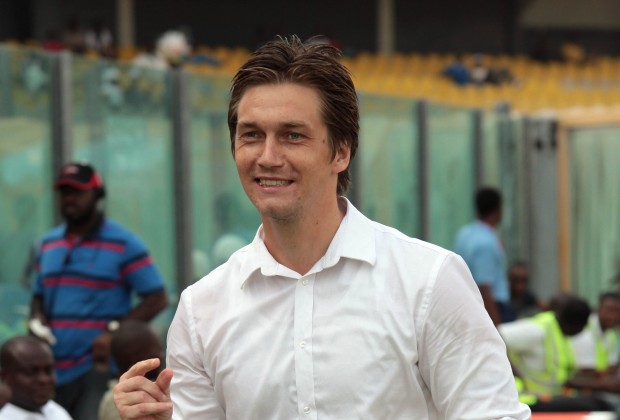 Newly appointed coach of Accra Great Olympics, Tom Strand says he is ready to help the team recover from their bad start from the Ghana Premier League.

Dade lads are going through a torrid time in the ongoing campaign where they flirting with the drop after collecting 10 points from ten matches and are occupying 10th spot on the log.

But Strand, who was handed the team’s job earlier this week says that he’s ready to the club retain their premiership status by churning out good results.

“I don’t know too much about the club, i only know that they play some good football but they are not getting results but they need results”

“That is their only problem and so we will work hard to turn things around and stay in the league “he told Starr Sports.

Strand is expected to be on the bench when they make a short trip to Dansoman to take on Liberty Professionals in week 12 of the Ghana Premier League on Sunday.