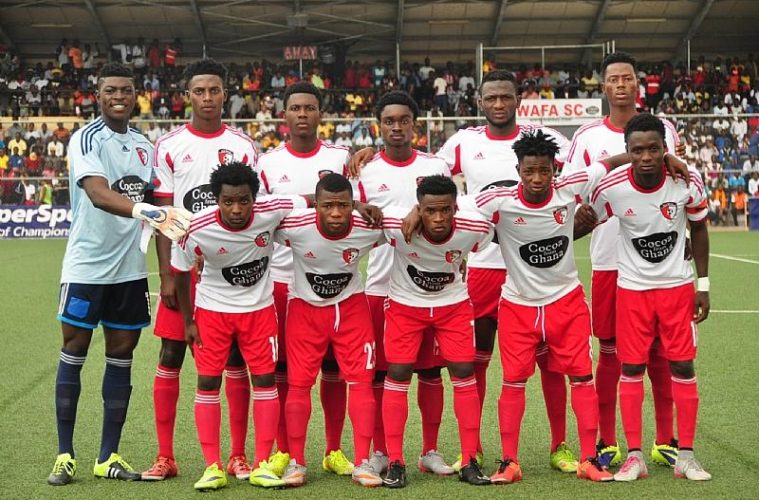 No one can deny the high-ranking level that African football has reached in the last two decades. African players practicing in Europe, as well as  inside the African continent, have shown great physical, technical, and tactical abilities. This noticeable progress is partially due to the important role that football academies and centers play in the training of today’s African football talents.

In Africa, several training centers and academies are set up each year; even famous clubs from around the world come to the continent to launch their schools and look for new talents. Current training centers in Africa have no reasons to envy those of the Europeans. This is thanks to Jean-Marc Guillou, in particular, who has established this fashion in Africa.  Guillou has trained many talents like Gervinho and Salomon Kalou.

There are now well-equipped academies and football centers in all parts of the African continent working hard to prepare Africa’s future stars.

Kadji Sport Academy can be used as an example of how there are successful training centers not only in Africa, but throughout the world. This is because of the number of worldwide players who were trained in the academy. The academy is a sports training and fitness center with a Cameroon football club. It is based in the western suburbs of Douala, and founded by Joseph Kadji Defosso. In addition, they are currently playing in the second division of the Cameroonian championship.

The Kadji Sport Academy has a complex on nearly 40 hectares. It works with a philosophy that although sport remains a game, it has nonetheless become a profession that requires certain knowledge and know-how skills; for this, training is necessary. These teachings should begin very early, as it is now not extraordinary to see champions who are 18 years of age. To train these future champions, the centre has equipped itself with the best accommodations, along with talented coaches that instill in them some fundamental values: the sense of the rigor, the love of excelling while performing, personal ethics, and the pleasure of playing. The centre gives equal importance to the both studies and sports.

Kadji has been able to produce quality players who have ended up in world-class clubs, including Samuel Eto’o, Stéphane Mbia, Benjamin Moukandjo, Aurélien Chedjou, and Idriss Carlos Kameni. The centre also has a partnership with a variety of European clubs such as Atletico de Madrid, FC Sevilla, OGS Nice and more.

Created  by Roger Ouégnin and Jean-Marc Guillou in 1993, the training center of Asec Mimosas has established itself as a model through combining beautiful performances  and positive results.

Champions of Africa with Asec in 1999, the Academicians, now constitute the backbone of the Elephants of Ivory Coast.

Although initially supported by AS Monaco (the club of the principality granted an annual subsidy of 50 million CFA from 1994 to 1996), the Mimos Sifcom academy was taken over by the Asec of Abidjan with private shareholders .

The Academicians are more and more numerous to take the path of Europe. Aruna, a young prodigy of Ivorian football, has been named “best hope” of the Belgian first division championship. This academy remains one of the most popular football schools in Africa since it has produced a number of successful African footballers such as Didier Zokora, Emmanuel Eboué, Gervinho, Salomon Kalou, Didier Ya Konan, Kolo Toure, and FC Barcelona’s legendary player, Yaya Toure.

After reaching retirement, Jean-Marc Adjovi-Boco, former Benin’s defender, launched his dream project with Senegalese Bernard Lama and entrepreneur Saer Seck to take part in the development of football in Senegal, as well as in the whole of Africa. This project was given the name of Diambars, a Wolof term meaning “warriors”. The first stone was laid in Saly, which is just south of Dakar, in 2003 with Lama, Seck, and French footballer Patrick Vieira. Diambars became a professional club in 2008 and joined the second division. A dozen players that play in the European championships were trained the academy, and in mid-August 2010, the “warriors” were able to celebrate their first national title.

Above all, Diambars is a school of football with a normal school curriculum. Academic success and athletic achievement are on an equal footing in the academy.  The Diambars center has a team known as the “little Barcelona of Senegal”. After training talented Senegalese athletes and developing their skills into those of professional players, the center sells them to European clubs.

Kwara Football Academy was set up in 2005 as an initiative of the Kwara State Governor, Dr. Bukola Saraki, to target skill development and professional training. The academy has over seven experienced coaches who were all international football players.

With approximately 100 students, the school aims at training youths between the ages of 13 and 21 to make their own professional careers either inside or outside Nigeria. With three categories (13-14, 15-17, and 17-19), the academy provides  students with the opportunity to receive high-level professional training that meets international standards, while also providing a formal education.

Players of Kwara Academy have participated in a variety of international competitions inside and outside the African continent. It has also produced a great number of footballers – some of them are currently playing in different Nigerian teams, as well as in different categories of the national team. When the Nigerian Under-17 team won the silver medal at the U-17 World Cup 2009, three students from the academy were part of the great achievement.

Midas Football Academy was created  in 2006 in order to discover young football talents in Nigeria. The idea behind the birth of the academy was the fact that Nigeria is full of talented children who just need orientation and professional training to further develop their skills. As a result, the Medas Football Academy helps these children  create their own career and be able to  play at an international level.

The academy has a strong network of international football clubs and organizations that help its graduates meet a variety of football coaches and agents from all over the world.

The construction of a training center has always been part of the long-term strategy of Congolese TP Mazembe, one of the strongest  teams in Africa. TPM is the only Congolese club with such a developed training center for the service of the Congolese  gifted youth. It provides quality training conditions with rich programs that cover all age categories. The academy prepares players to join either the first team of Mazembe, or other clubs inside and outside of the country.

Katumbi Academy is now reaping the fruits of its work through the emergence of talented players who have shown complete readiness to play at the professional level. Arsène Zola and Glody Likonza are some of the best examples of Katumbi’s graduates, as they were able to show off their great talents during the 8th  edition of the Francophonie games organized in Abidjan in July 2017.

Created in 2008, the Mohammed VI Football Academy is a Moroccan football training center that was inaugurated in 2009 by King Mohammed VI.

Following the observation that professional football in Morocco lacked breadth and influence, King Mohammed VI proposed the creation of a center that serves as a national model of training in terms of law, supervision, financing, and infrastructure.

In May 2008, King Mohammed VI announced the construction of the Mohammed VI Football Academy – a project whose construction required an investment of 140 million Dirhams (13 million euros). One year later, 45 children aged 12 to 13 formed the first class of the academy.

The goal of this academy is to train students in the “profession” of football, and to produce players of international quality. It also aims at detecting the best players from different social categories, which is done through a network of permanent detectors present in each region of the country.

The Mohammed VI Football Academy offers a football school for 6-12 year olds. It is a school of 800 students, with the interests of offering quality football education and identifying young talents.

West African Football Academy, which is the largest football academy in Ghana, was founded by Feyenoord Club from Rotterdam. It is a also a Ghanaian sporting club playing in the Ghana Premier League.

The story began when Feyenoord’s president, Jorien van den Herik, was given permission to set up Feyenoord’s own football academy in the region of  Fetteh –  close to the capital Accra. The academy’s main mission is to train young, talented African footballers in improving their football skills. It also provides them with formal education that is officially funded by the Dutch club.

Among so many players that have graduated from this academy, Mohammed Abubakari  remains the first player to grow up in the academy and move on to play for Feyenoord.

Established in 2002, the Ligi Ndogo Academy is the most famous football school in Kenya. Being the main school of the Ligi Ndogo Sports Club, it trains and prepares Kenyan talents to play for the senior team or start a football career elsewhere.

The academy aims at providing a suitable environment for young players to develop their skills using a well-developed learning curriculum.  Included in the academy are teams that take part in various national and international tournaments, and these teams are as listed: Toms (4-6 years), Juniors (7-9 years), Lower Mids (10-12), Upper Mids (13-14 years), and Under-19 years. Here students are taught about soccer skills, discipline, team spirit, and leadership. It is also important to mention that the senior team was formed in 2005.

Some famous players who were  trained in the academy include Swedish international  John Guidetti, and Kenyan international Ayub Masika.

The Pepsi Football Academy has developed its infrastructure and training programs to be one of the biggest academies in the whole African continent.  The academy has been able to produce quality players such as John Mikel Obi, Osaze Odemwingie, Echiabhi Okodugha, Joseph Akpala, and many others who have shined in both local and European clubs.

The academy provides talented youths with the opportunity to develop their football careers; because of the great number of applications looking to join the center, the enrollment is highly competitive.