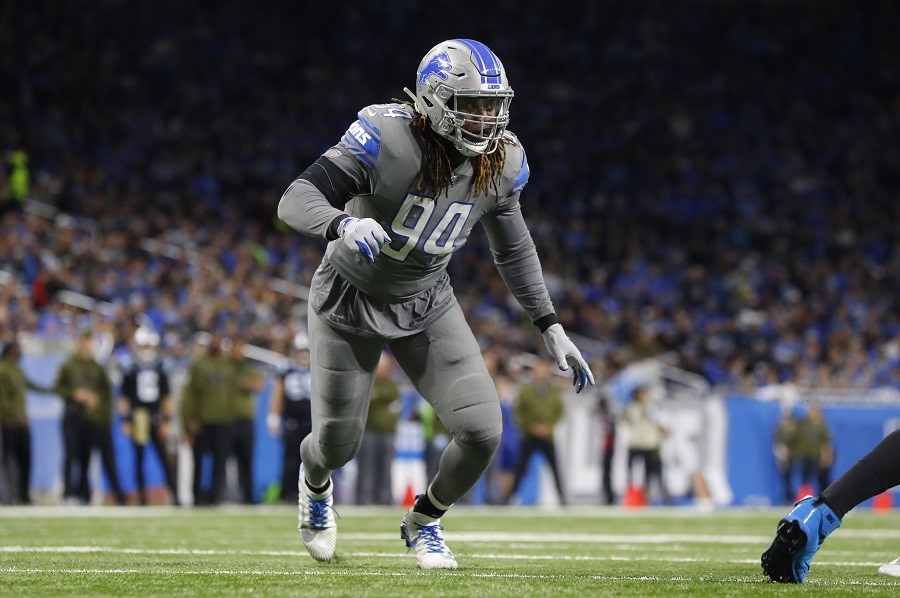 The NFL is the richest sports league in the world. The Dallas Cowboys alone are worth around $6.5 billion.

The game is watched by a huge audience each year. Even the 2021 final which had an audience regarded as low was watched by 96.4 million viewers.

Given the popularity of the league, it’s not surprising that players from across the world want the opportunity to play. This includes players from Ghana who have joined the ranks of teams such as the Cleveland Browns and Dallas Cowboys.

Why Ghanian players want to play in the NFL

Young Ghanaians who have the skill to play professional sport often seek to make their career abroad. It gives them the opportunity to earn far more than they could at home where the average salary is $14,538 per year.

It’s also worth mentioning that many professional sportspeople of Ghanaian origin who play in leagues like the NFL are born in the country where they play or have lived there since they were young.

Finally, leagues like the NFL are attractive to players from other countries because they are so successful. In the case of the NFL, not only does it have value itself, but it also generates significant revenue from betting in states like New Jersey where sports betting is legal. You only need to look at the fact that New Jersey was the first to take $1 billion worth of bets in a month to know just how popular professional sports leagues are with bettors.

Of course, the NFL is not the only source of betting expenditure in states like New Jersey, but it’s a major force. The record in New Jersey coincided with the start of the NFL regular season. You can read more about New Jersey's betting market here.

It’s clear there are various factors that make the NFL attractive to players from Ghana. Let’s take a closer look at the players who have been tempted by these factors and have attempted to forge a career in the league.

Ezekiel Nana "Ziggy" Ansah is currently a free agent having been placed on injured reserve by the San Francisco 49ers in 2020. Ansah has had a varied career since moving to the US from Ghana to attend Brigham University where he played college football.

Before his injury he had some success playing as a defensive end in professional football for clubs including the Detroit Lions and the Seattle Seahawks. Away from the field of play, he set up the Ezekiel Ansah Foundation a charitable organisation.

Nyan Boateng was born in Brooklyn New York and has Ghanaian ancestry. He had a relatively successful college career as a wide receiver and was BCS national champion in 2007.

However, Boateng was never as successful as a professional player. Having been undrafted in 2010 he has spent time at several clubs including the New York Giants, Chicago Rush, and Milwaukee Mustangs but only offseason or as a practice squad member.

Ebenezer Ekuban was born on Accra, Ghana, before attending the University of North Carolina in the US. He is the first Ghanaian to have played in the NFL.

Ekuban played as a defensive end. He had a relatively productive career, especially during periods playing for the Cleveland Browns and the Denver Broncos. However, in 2009, Bronco’s new head coach Josh McDaniels changed the team’s defensive strategy and decided not to re-sign Ekuban. Since then, Ekuban has spent time helping out as an assistant coach at Regis Jesuit High School in Aurora, Colorado, and working for the player development department at Denver Broncos.

Born in Ghana, in 1990, Edmund Kugbila played college football as an offensive guard at Valdosta State. In 2013, he was drafted by the Carolina Panthers in the fourth round of the NFL Draft.

Unfortunately, Kugbila’s professional career went on to be curtailed by injuries. He first suffered a strained hamstring which required rehab during the offseason. On his return, he injured his back. The injury required surgery and effectively ended his career.

Ghanaian born William Obeng played college football as an offensive linesman at San Jose State. His professional career began at Minnesota Vikings where he signed as an undrafted free agent in 2005.

He was only involved off-season and as a practice squad member at the Vikings. This also applied to every other club he played at with the exception of the San Jose SaberCats.