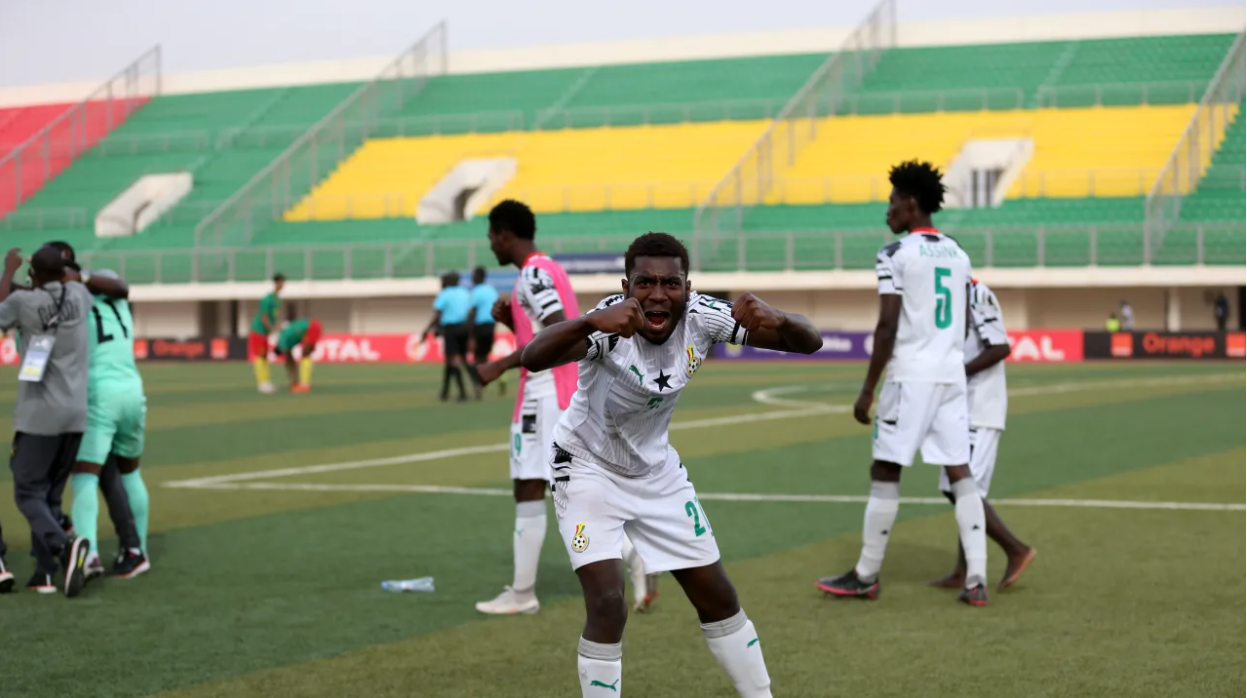 Black Satellites striker Joselpho Barnes is aiming to become the next Ghanaian star to come out of the Total Under-20 Africa Cup of Nations (AFCON), just as the likes of Andre Ayew who captained the side to the trophy in 2009.

Barnes, who is the son of former Black Stars defender Sebastien Barnes, has been one of the consistent players for coach Karim Zito's side in the on-going competition in Mauritania.

The 19-year old’s dad, famously captained the Ghanaian Under-17 team to the World Cup title in 1991 beating Spain by a solitary goal, before also leading them to a second consecutive final in 1993 where they lost to Brazil.

And now, the Junior Barnes has taken the inspiration from his dad and chosen to represent Ghana, hoping to rake in as much, and even more success, like his dad.

"It has been like a dream for me. I have enjoyed every minute of being here since I came in," Barnes told CAF Online.

"When we got the news that I had been called up, we were so excited with my dad. We were overjoyed and just couldn’t believe that it has happened. My dad was so emotional because he played for Ghana and now his son was going to play too."

"I have had a very positive first impression from all my teammates, coaches and the management."

"It took me a while to blend in when I came into the squad, but they really helped me to settle down and feel like part of the family.

He added, "They did not treat me differently because I come from Germany, but it is all about football and talent. They just take me as I am and this fits very good for me. I have felt comfortable and at home since joining the team."

"The culture is good and there’s a lot of love from everyone. It is like a big family, not just about football but a huge brotherhood of Ghanaian people."

Ghana will take on Uganda in the finals of the Total U-20 AFCON on Saturday.