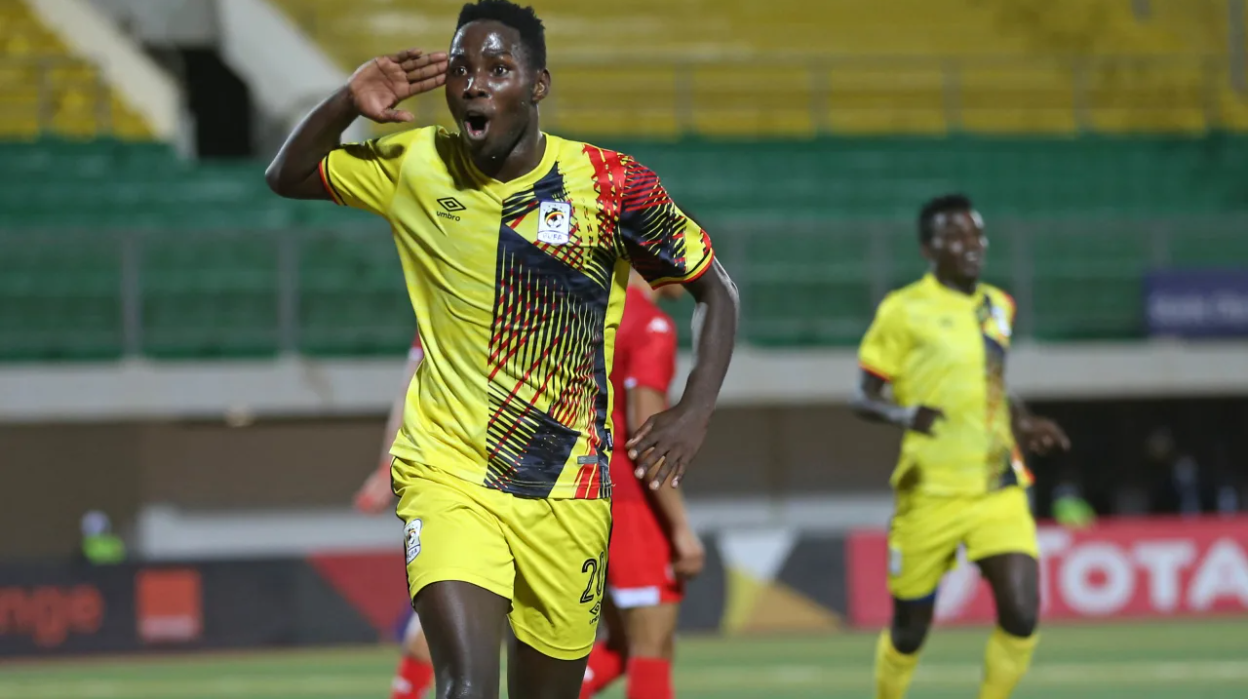 When Charles Sempeja got a fracture that ended his football Career, the mantle was handed over to his son, Derrick Kakooza. Sempeja, a striker of stature in his days at Masaka Football Council FC looked at his son and in him saw a potential replacement.

“My father told me that because he could no longer play, he hoped that I could take football as a career and I represent him to reach where he could not reach. That was such a huge motivation for me. He was a striker and so naturally, I also became a striker. He told me to take over from him,” Kakooza told CAFOnline.

He added; “My parents have really supported me. They believed in me from the beginning and gave me enough support. They bought me boots, took me to different academies to train and always gave me advice.”

Almost a decade and a half later, Kakooza is doing his father proud. He scored Uganda’s first ever goal at the Total Under-20 Africa Cup of Nations (AFCON) in Mauritania , and went on to score four more goals to top the scoring chartsm and lead Uganda Hippos to a historic final against Ghana on Saturday.

“It was a huge honour for me to become the first Ugandan to score at this tournament. It was the culmination of hard work since we began training. This has really motivated me to work even harder for the remaining matches and I am sure my dad was excited as well. I represented him well,” stated the 18-year old striker.

Kakooza started his football career at the Naguru Police Academy before joining the Police FC junior team. It didn’t take long for his talent and eye for goal to be noticed and was promoted to the Police FC Senior team in 2017 while still at the St. Mary’s Kitende High School.

On his debut, he scored the lone goal that earned Police a 1-0 win over Kirinya FC (Now Busoga United) in a league match.

“It was a dream debut for me because people were saying I was too young, I should not be in the senior team but my coach Abdallah Mubiru trusted me and gave me that chance. He encouraged me and told me that I could do it,” further adds the forward.

In the Ugandan Premier League this season, Kakooza has scored two goals in three matches for Police and has continued his scoring form in Mauritania where he hopes to continue scoring. The 18-year old also hopes that the AFCON U20 can be a breakthrough tournament for him.

“I want to advance my career and maybe this tournament can offer the breakthrough for me. I want to keep working hard and my target is to become the top scorer. Now we are in the final, and we hope to go back home with the cup,” he added.

Kakooza looks on to Gabonese captain Pierre-Emerick Aubameyang as inspiration and he hopes he can reach the same heights as the Arsenal star.

“I like him as a person and I like his style. I like how he plays and he inspires me a lot. One day I would want to reach where he has reached in his career,” states Kakooza.

He also hopes his performance in Mauritania will offer him a platform to earn a probable call up to the senior national team, Uganda Cranes.