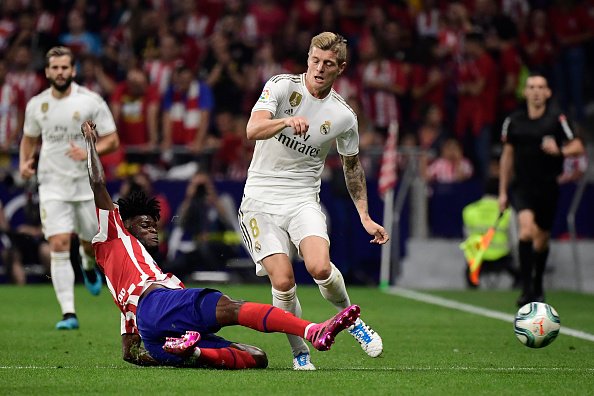 Partey was adjudged Man of the Match after putting up an incredible display in their goalless draw at the Wanda Metropolitano Stadium, with some Spurs fans calling for their club to sign him.

He recorded a 95% passing accuracy from 38 out of 40 total passes in the first half alone. He had a 100% duel success rate in the opening period, winning four out of four, and also made four recoveries.

The 26-year-old also made a total of 79 passes in the entire 90 minutes he played and made four dribbles, which was more than any player from either team on the pitch.

One Tottenham supporter labelled him as “world-class”, while another said “imagine him, Winks and Ndombele in midfield” for Spurs.

Below is just a selection of the Twitter reaction…