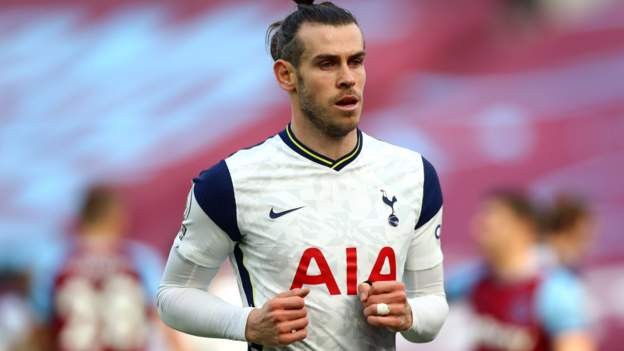 Tottenham Hotspur boss Jose Mourinho says Gareth Bale does not need to convince him of anything as they prepare for their Europa League last 32 second leg with Wolfsberger.

Bale scored and assisted in the first leg, a 4-1 win, and then set up a goal in Sunday's 2-1 loss to West Ham.

"I am totally convinced about everything," Mourinho said.

"It's about being ready to play the minutes we'd all love him to play. It's a process."

Bale has played all of Spurs' seven Europa League games this season but has only played 90 minutes once in any competition since rejoining on loan from Real Madrid.

Mourinho said: "Of course we'd love him to play every minute of every game. He's a player with special qualities.

"He had a positive impact against West Ham, a cross, a couple of assists, a shot, he hit the post. He's doing that better and better. But he's not playing 90 minutes, he's not playing every game.

"We're still managing his evolution. He needs to do nothing to convince me."

Spurs look in control of the Europa League tie against the Austrian side after winning 4-1 in their 'away' leg in Budapest.

No team in Uefa Cup or Europa League history have overturned a three-goal deficit from the first leg at home to progress.

"Our starting line-up will be very similar to the one that started the game in Hungary. We want to go strong," he said.

Match stats - can Spurs make it five in a row?

Spurs have won all three of their home matches against Austrian sides and are yet to concede - including a 3-0 win against LASK earlier this season Tottenham have won each of their past four home matches in all European competitions, scoring 16 goals while conceding only twice. They last won five in a row at home in Europe between August 2013 and February 2014. Wolfsberger have played eight away games in all European competitions and have won more games (four) than they have lost (three). No Spurs player has scored more Europa League goals this season than Carlos Vinicius (four, same as Lucas Moura), netting each of these in his past three appearances.