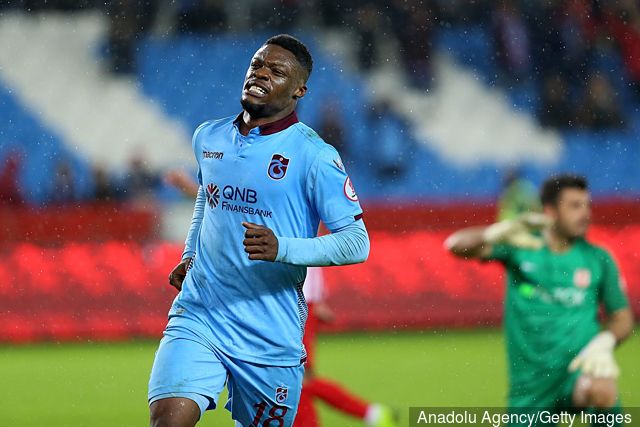 Ghanaian striker Caleb Ekuban is set to face a spell on the sidelines between four to six weeks after suffering an injury set back.

Ekuban picked up the injury in training after breaking a bone in his left foot following a challenge by Fernandes.

The 25-year old, who has bagged five goals in even appearances so far in the 2019/20 season scored five is set to be ruled out of the games against Gençlerbirliği, Getafe in the Europa League, Sivasspor and Besiktas.

Since joining the Turkish side Trabzonspor from English Championship side Leeds United, the Ghanaian has been key cog in the team.

He joins Abdulkader Omur and Yusuf Sari in the treatment room.