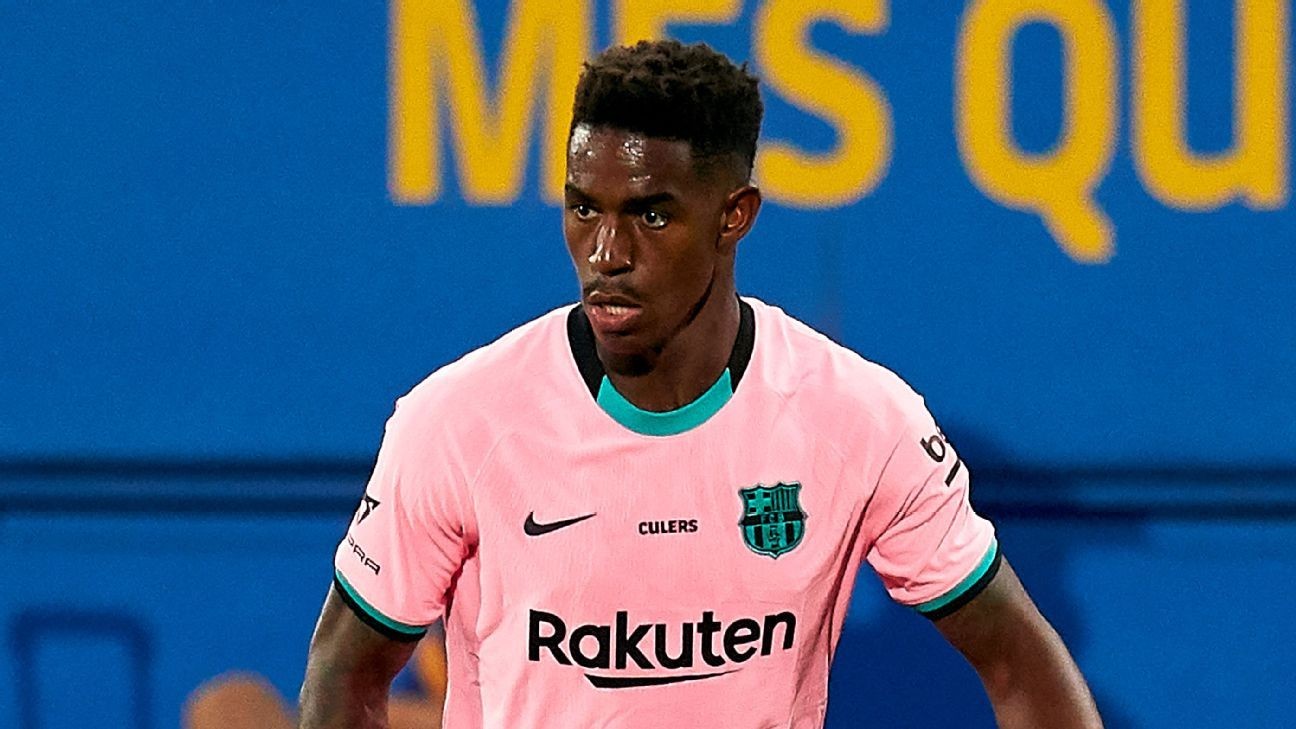 The transfer window opened in early January, and speculation is heating up about potential deals. Check out the latest gossip below, and see all official deals here.

Barcelona are on the lookout for another left-back after Junior Firpo was deemed surplus to requirements, reports Marca.

Marca claims Gaya is Barcelona's preferred choice, but add that Valencia may be reluctant to depart with 25-year-old because of his importance in the club's first-team. Consequently, Pedraza appears the more financially viable option for Ronald Koeman's side at this moment in time.

Manchester City's Angelino, currently on loan at RB Leipzig, is also said to be attracting interest from the Catalan club.

08.38 GMT: Atletico Madrid completed the signing of forward Moussa Dembele from Lyon on loan for the remainder of the season on Wednesday, with the French side bringing in Islam Slimani from Leicester City..

Dembele joins an Atletico side that is leading La Liga with three games in hand, the club are also set to take on Chelsea in the round of 16 in the Champions League next month. Atletico needed to bolster their attacking line after the departure of veteran forward Diego Costa last month.

Dembele, who began his career in Fulham's academy before a successful spell at Celtic, was a key player for Lyon, scoring 47 in all competitions in his first two years at the club. The France international found the back of the net once in 16 league appearances for Lyon this season.

The 24-year-old will not be immediately available to Atletico coach Diego Simeone as he is still recovering from a broken arm suffered last month.

Lyon also announced that Slimani, 32, joins on loan. The Algeria international joined Leicester in 2016 on a then-club record £28 million deal, but had loan stints at Newcastle United, Fenerbahce, and AS Monaco. He won the Africa Cup of Nations in 2019 with Les Verts.

United did not disclose the transfer fee, but British media reported that the German club paid around £1.5 million for the Netherlands international.

Fosu-Mensah, 23, played 30 games in all competitions for United after making his debut in 2016.

Leverkusen are third in the Bundesliga with 29 points after 15 games. They travel to Union Berlin on Friday (stream LIVE on ESPN+ in the U.S. at 2:30 p.m. ET).

Napoli owner Aurelio De Laurentiis has laughed off claims that his star centre-back Kalidou Koulibaly is for sale, reports Talksport.

Premier League giants Manchester City, Liverpool and Manchester United have all expressed their interested in securing the 29-year-old's services, but De Laurentiis stated he would only genuinely consider selling the defender if an offer greater than or equal to £100 million is submitted.

It means Koulibaly is highly unlikely to leave Napoli without becoming the world's most expensive defender. Liverpool are understandably still interested in Koulibaly amid a defensive injury crises which sees Virgil van Dijk and Joe Gomez sidelined, however it is unclear if they would be willing to meet Napoli's high demands.

Arsenal are said to be exploring their goalkeeping options by considering the purchase of Aston Villa's Tom Heaton to replace the struggling Alex Runarsson.

According to the Daily Mail, Gunners' chief Mikel Arteta would like Runarsson to go out on loan after he struggled in the London club's 4-1 Carabao Cup defeat to Manchester City.

- Despite playing only 180 minutes of competitive football this season, Aston Villa defender Frederic Guilbert has rejected a move to Istanbul Basaksehir. That's according to Football Insider, who say the right-back has been granted clearance by manager Dean Smith to leave Villa Park this transfer window.

- Arsenal midfielder Lucas Torreira could have his trying loan spell at Atletico Madrid cut short amid reports suggesting as many as four clubs are monitoring his talents. AS claims that Serie A giants Torino, Fiorentina and Lazio are interested in signing the 24-year-old, plus Valencia who have made signing Torreira their priority before the winter transfer window closes.