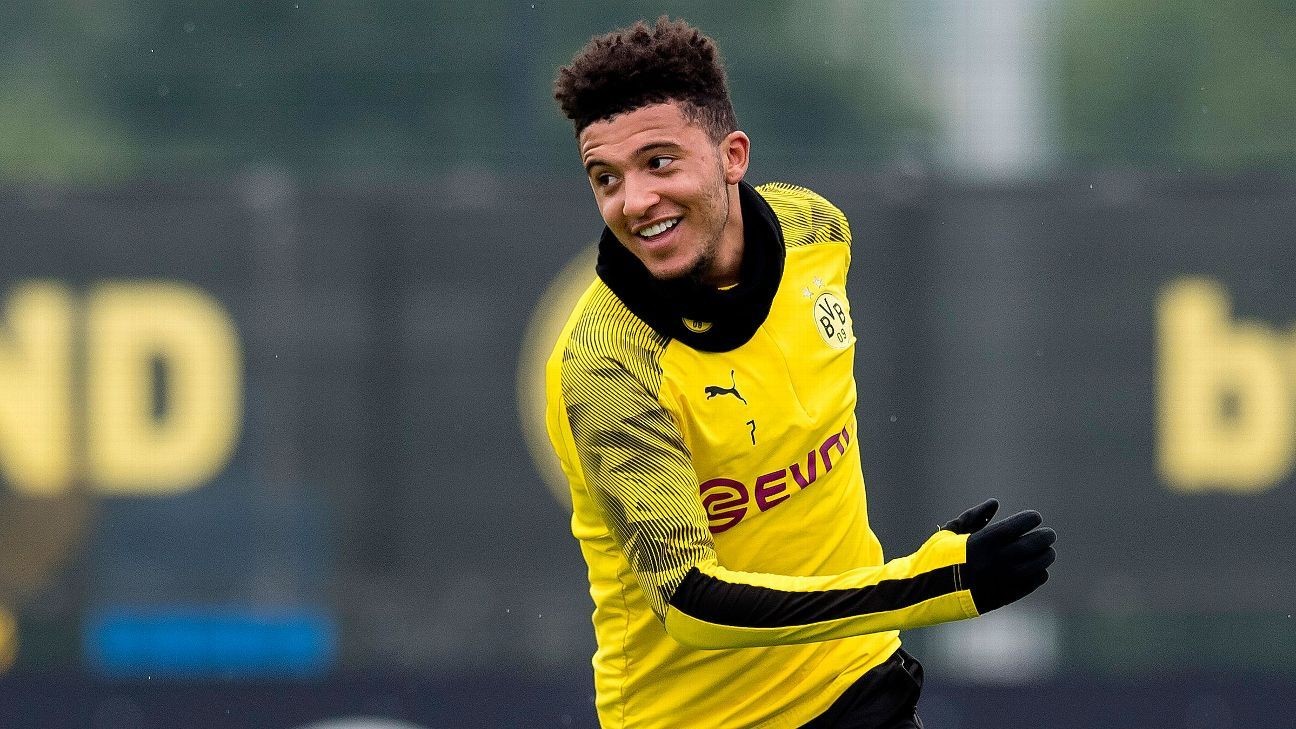 Manchester United are preparing to submit a new bid for Jadon Sancho, according to the Daily Mail.

United have been linked with Sancho all year in one of 2020's longest-running transfer sagas, but the England international's move to Old Trafford had gone quiet, particularly following the Reds' signing of Donny van de Beek.

Until now, that is. Apparently, Man United are finalising agent salary and fees before approaching Borussia Dortmund with an official bid.

United are looking to capitalise on the momentum gained by the signing of Van de Beek, who signed for £40 million earlier this week. And now they'll looking to Sancho's agent, Emeka Obasi, who looks after the likes of Bukayo Saka, Todd Cantwell and Eddie Nketiah, to help them seal the deal.

- Stream ESPN FC Daily on ESPN+ (U.S. only)
- The best attacking transfers by position since 200

Italian champions Juventus are continuing to try and tempt Luis Suarez from Barcelona to Turin, according to Sky Sports Italy's Gianluca di Marzio.

The Italian journalist reports that Juve, Barca and the player himself are working together to help ensure the deal goes ahead, with Barca in particular keen to lose the Uruguayan's salary.

Di Marzio also revealed that a potential passport issue has been identified, with Juve already having filled their quota of non-EU citizens.

Suarez may need to cancel his Barca contract and take a work contract in Italy, which would then ease the issue and see him awarded a passport within 15 days. However, Juve don't see this is a deal-breaker. The bigger issue, they feel, is Suarez's severance pay, which could prove too costly.

Arsenal are close to letting Lucas Torreira leave London for Fiorentina, but only once a pending loan move for Dani Ceballos is confirmed.

The Sun believes that Ceballos is close to sealing a second loan spell from Real Madrid, and should the deal go through as expected, then outcast Torreira will then return to Serie A for between £21m and £24m.

Torreira struggled to cement a starting place in Mikel Arteta's side last season and the Uruguayan made just 17 starts.

Arteta is keen to raise some cash from the sale of Torreira in an effort to continue to rebuild his Gunners side ahead of the new season, with Thomas Partay and Houssem Aouar at the top of his wish list.

Fiorentina are willing to pay £8m for the 24-year-old this season, with the option of a further £16m next summer.

- Tottenham Hotspur have made a formal offer for Barcelona B star Lucas de Vega, but it looks as though the Blaugrana will be keeping their Brazilian rising star. Sport is reporting that Barca see the midfielder as one of the key players for Barca B this season. Spurs were reported to have offered €2m, and Barca are looking for double that amount.

- AC Milan are looking for goalkeeping backup following Pepe Reina's move to Lazio, and Sport believes that the Rossoneri are considering a move for Barca stopper Neto. Neto won two Scudettos as backup to Gianluigi Buffon at Juventus and he has also played for Valencia and Fiorentina. Neto was looking to leave Barca before the pandemic but the Catalans will want to replace him before they consider allowing him to leave Camp Nou.