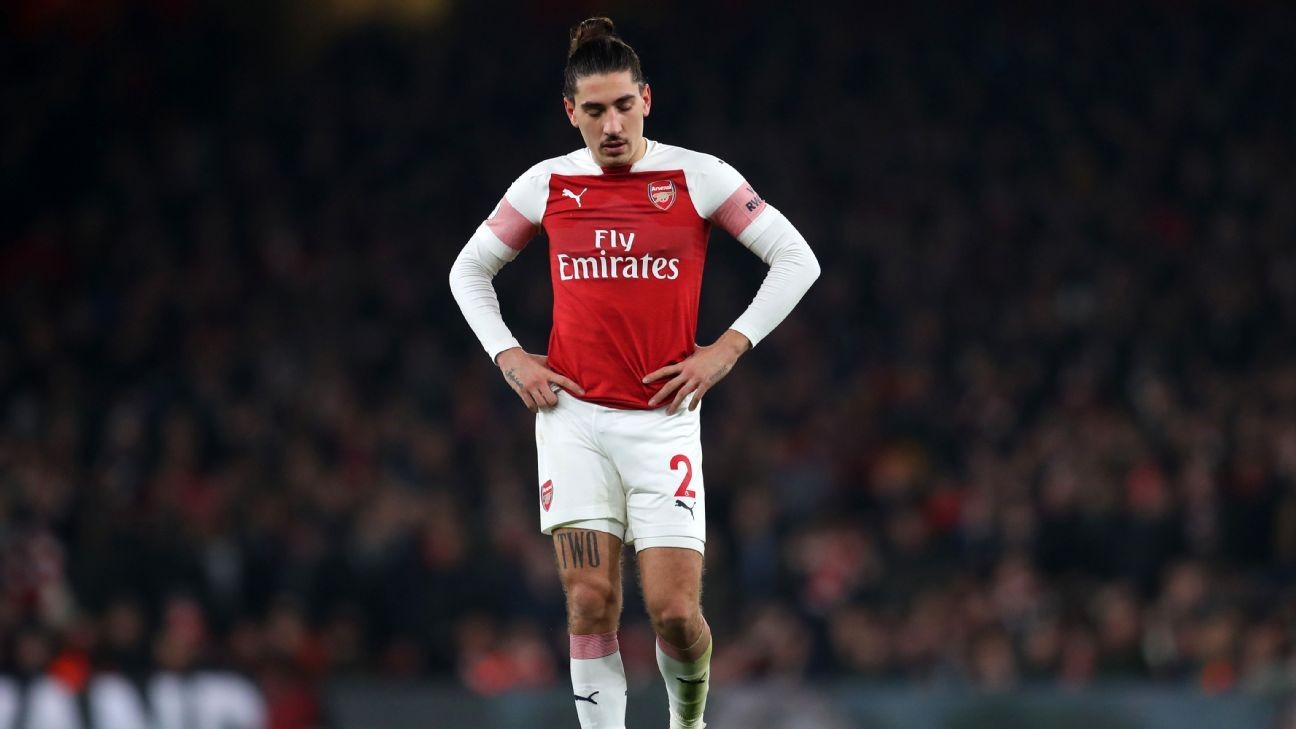 Arsenal fans will be celebrating the arrival of Gabriel Magalhaes from Lille, after his move was finally officially announced. However, they might soon be looking at a high-profile exit because Paris Saint-Germain have made a bid of £25m for Hector Bellerin, according to The Guardian.

Messi told Barcelona he wants to leave, and this is why they should let him go

With Thomas Meunier having left Paris for Borussia Dortmund, the Champions League finalists are now looking to sign a right-back to fill the Belgian's void.

Bellerin is someone Mikel Arteta is keen to keep, but Arsenal might be willing to entertain offers if they are high enough.

PSG might not have things all their own way though, as Bayern Munich and Juventus are also reportedly interested in the 25-year-old.

- Stream ESPN FC Daily on ESPN+ (U.S. only)
- Lowe: Messi, bad blood and a burofax. How it happened

08.00 BST: Lionel Messi is desperate to leave Barcelona and The Daily Record is reporting that the wantaway Barcelona talisman has reached a wage deal with City Football Group to make that happen.

Take this with a massive pinch of salt, but their report suggests that CFG have offered the star terms that would see him make €700m over a five-year period, playing for Manchester City and New York City FC. That's a scarcely believable €2.6m-a-week when he takes home a reported €800,000-a-week currently.

The 33-year-old was even offered an equity stake in CFG as part of the compensation package, according to the Record, but he prefers to be paid in cash.

Jorge Messi -- who is also his son's agent -- is flying from Argentina to help break the ongoing deadlock between club and player. Sources said that Jorge will demand that Barcelona allow his son to leave for free, releasing his player registration. Bartomeu will propose a two-year contract extension to keep Messi at the club until 2023.

Andrea Pirlo has told Gonzalo Higuain that he can leave Juventus, and The Athletic has reported that the Argentina international is now wanted by various Major League Soccer clubs.

DC United are at the front of the queue to sign the striker, in a move that would see him reunited with his brother Federico. They have the initial rights to sign him if his destination is MLS, with their rivals needing to pay them compensation to bring him in.

Other clubs who are supposedly aiming to sign the 32-year-old are San Jose Earthquakes and Inter Miami. Meanwhile, it is LAFC and Atlanta United that have caught the player's eye.

Inter Milan and Aleksandar Kolarov have reached an agreement over contract terms ahead of a move from Roma, according to Calciomercato. The Serbia international had wanted a two-year deal, and Inter have proposed a one-year contract with the option for another one.

Inter will pay Roma a fee of between €1m-€2m to bring in the 34-year-old, adds the report.

- Atalanta are set to sign Dutch full-back Rick Karsdorp on loan from AS Roma, with an obligation to sign him for €7m, reports Calciomercato. It looks increasingly likely that Timothy Castagne will be joining Leicester City, so the side from Bergamo are hoping to bring in a replacement. They see Karsdorp as that man, after he returned to Italy following the culmination of his loan deal with Eredivisie outfit Feyenoord.

- Atletico Madrid are closing in on the signing of Getafe left-back Mathias Olivera, reports Mundo Deportivo. The reports says that the Spanish giants have been long-term admirers of the 22-year-old, who is now likely to come in and provide competition for Renan Lodi. Getafe are hoping that they will be able to bring Victor Mollejo in on loan from Atleti in turn.