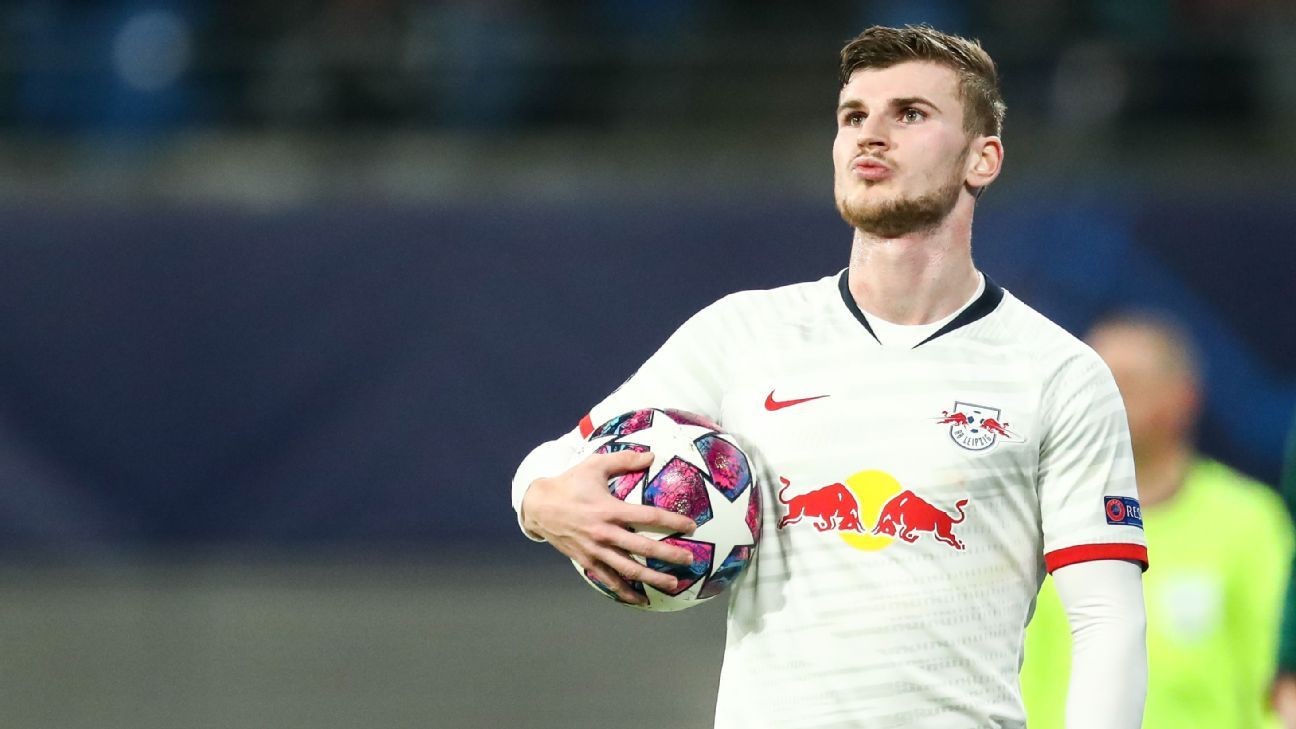 The coronavirus pandemic has made the transfer window very different from usual. Firstly, the summer window isn't actually open yet for the majority of leagues in Europe and it will only begin once the various 2019-20 domestic league seasons have finished. France, who cancelled the Ligue 1 season early, are doing business but the rest of Europe is not yet -- though should be by early August.

When does the transfer window reopen?

The start of the Champions League mini-tournament in mid-August throws another spanner into the works, too. Some players have already decided that they will move before the start of the competition, thus robbing their current club of a player to use in the knockouts (see Timo Werner). Others will stay on and will only leave once their club's participation in the competition is over.

That said, a number of top deals have been agreed so far, so here are the grades. The most recent write-ups are at the top; each day is in order of highest price. If you don't see a grade for a major deal that has been completed, check back later. All fees are reported unless confirmed with *.

TBC (will be completed when window opens/after Champions League)

Barcelona grade: B-
Juventus grade: B+

If the Barcelona spreadsheet could get an A+, it would. This deal was entirely driven by ensuring that Barca received the €70m they needed to balance the books. ESPN revealed in May the Catalan club needed to pocket that amount before June 30 based on a revenue plan drawn up at the start of the season which banked on receiving €124m in player sales. And they did. But they just sold a 24-year-old with massive potential and swapped him for a 30-year-old they don't need.

Juve definitely get the better end of the deal here. Moving Pjanic on was something they clearly wanted to do this summer, and they signed Arthur for effectively €12m. Plus a potential €10m in add-ons.

- Lowe: Arthur for Pjanic was a business move but for the wrong reasons

Juventus grade: B+
Barcelona grade: B-

Pjanic arrives for €12m less than Arthur, which makes sense given his age, but it's a deal that definitely suits Juve more than Barca. The Bosnian is a fine player and should be comfortable in Barcelona's midfield but you have to question whether the club brought him in for the right reasons.

Flamengo grade: B
Arsenal grade: B

The Spaniard's loan spell was always likely to end up being made permanent, as Arsenal manager Mikel Arteta has followed the defender since he was at Manchester City. A fee of £13.5m isn't a lot in the current climate and, at 26, he's got plenty of room to develop. The issue is that he has recently undergone surgery on an ankle issue picked up last month. How he returns from that will be key, while Gunners fans will also worry about David Luiz's new one-year deal and whether the Brazilian's worst traits might rub off on his teammate.

Flamengo will use the cash, which will go far in Brazil, to rebuild. They will miss the defender's presence, but have at least had time to adjust.

play1:29 Fjortoft: Werner not playing for RB Leipzig in UCL a 'disgrace'

There was very little that RB Leipzig could do, given Werner had a release clause in his contract. The German club wouldn't have wanted to sell, but had no choice and got a very decent profit on a player they signed for around €10m from VfB Stuttgart in 2016.

Chelsea needed a top striker and they certainly got one. The 24-year-old Germany international has all the attributes to be a success in the Premier League and 110 career goals in 263 games is a great return. Chelsea also get bonus marks for using the £58m sale of Alvaro Morata to Atletico Madrid (which only goes through this summer, despite being agreed last year) to pay for it.

- Karlsen: Why Werner should settle quickly in Premier League
- Ogden: Why Werner's move is a warning to Liverpool

Inter have done well to get €50m, plus a possible €7m in add-ons, for a player who has scored plenty of goals for them since 2013 but who comes with plenty of baggage too. Icardi and his wife/agent Wanda Nara seem to court controversy in Italy and are never far from the back pages of the papers, with Inter stripping him of the captaincy a few months before sending him out on loan last summer.

PSG reaped the rewards with the 27-year-old scoring 20 goals in 31 games before the Ligue 1 season was cancelled early due to the coronavirus pandemic. Looking for a long-term replacement for Edinson Cavani, they managed to negotiate down from the €70m buyout clause that was in his loan contract, so can consider themselves to have done good business. But controversy is never far away from Icardi so it will be interesting to see how he gets on in Paris.

Ajax grade: A
Chelsea grade: B+

Ajax have a tried and trusted path when it comes to selling their young talent and €40m, plus another €4m in add-ons, is great business for a forward who can be replaced by the next top youth team player next season. At 27, Ziyech was a veteran at the Dutch club given the average age of the squad, and his price had peaked.

Chelsea have plenty of fine attacking talent but needed to replace the departing Willian and Pedro, so moving for a player who impressed a lot in last season's Champions League was sensible. The fee is manageable and Ziyech's versatility should give them an added dimension up front too.

Bayern did well the last time a Schalke goalkeeper moved to the club, but this deal comes at a strange time. Manuel Neuer moved from Schalke for an initial €18m in 2011 and went on to become arguably the best goalkeeper in the world, but the problem is that he's still No. 1 for club and country at the age of 34.

If the 23-year-old Nubel thought that he might be able to take advantage of delays in Neuer's new contract talks, that was dispelled when fresh terms were penned until 2023. Make no mistake: Nubel is moving to sit on the bench and will surely grow unhappy with a lack of playing time unless his rival is injured. Schalke lose their captain for nothing; Bayern get an angry reserve. Nobody does well out of this one.

Thomas Meunier explains the excitement behind his move to Borussia Dortmund.

PSG were setting up to lose two of their best full-backs for free this summer but, now that Layvin Kurzawa has signed a new contract, they only have to count the cost of letting Meunier go. In fairness, the Belgian was never the most liked player by the fans and they have plenty of young talent itching to get a chance to shine, like Colin Dagba, but allowing his contract to run down was a mistake.

Dortmund have done it again. Replacing Hakimi once his loan expired was going to be no mean feat, but the 28-year-old Meunier has plenty of gas left in the tank and should settle well in the Bundesliga. And all for nothing.

PSG seem to have trouble persuading their young talent to sign professional terms and now they've lost the highly rated Kouassi for nothing. The France under-18 international, a versatile defender who can also play in midfield, made the breakthrough into the PSG first-team but was clearly not convinced of his chances of staying there.

Even though the 18-year-old is unproven, Bayern did well to snap up a hot prospect and should give him the opportunities to showcase his talent.

- Laurens: Why PSG's academy stars fail to break through

Would you hand a four-year contract to a 28-year-old defender who hadn't played a single game for your club because of injury? Would anyone? Well, Arsenal managed it. It's a free transfer and the Gunners do need a few experienced heads to weather the storm at the moment, which is why the grade isn't lower, but committing themselves to Soares for the next four years was just plain stupid.

Southampton have sent the Portugal right-back on loan to Inter and Arsenal in successive seasons, so won't miss him. But they'll be annoyed they can't recoup any of the €6.5m spent on him in 2015.