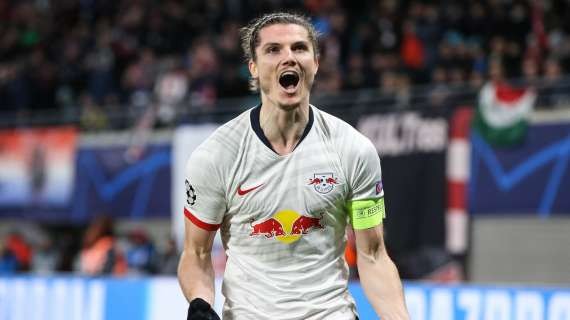 According to multiple reports, AS Roma is still pushing to strike a deal with RB Leipzig for midfielder Marcel Sabitzer. The Austrian, 27, reportedly told his team he wants to leave in the upcoming transfer window, and newly appointed AS Roma manager Josè Mourinho is targeting the Austrian international to start a much needed improvement in AS Roma's midfield.

Convincing Sabitzer to choose them won't be easy for Roma. Tottenham has been following Sabitzer closely for some time now and might have more firepower to secure him. RB Leipzig is asking for a €20 million transfer fee for the player.

Sabitzer appeared in 39 games for RB Leipzig in all competitions, with 9 goals and 7 assists.