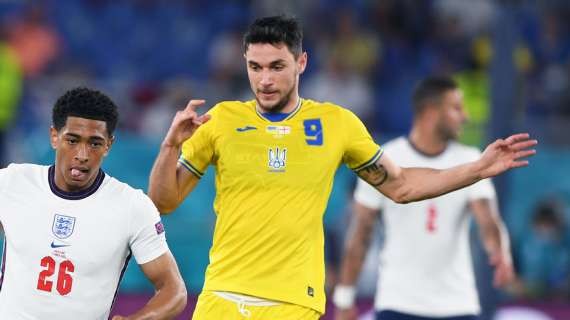 Playing for Gent since 2017/18, 25-year old Ukrainian international forward Roman Yaremchuk, according to latest German news, is growing into more and more of a major target for Benfica management, according to Record.

Currently on a deal with Belgian club until June 2025, Dynamo Kyiv alumni, viable both as a main striker and as a winger, scored 61 official goals throughout his Jupiler League side four-season long tenure, capping 152 times therein. Roughly worth 15 million euros (while having been purchased on a bare 2 million euros fee, back in summer 2017), Yaremchuk is also tracked by AC Milan, West Ham, and Wolfsburg.

A part of Ukrainian expedition for the ongoing Euro 2020 campaign, the 1995-born hitman scored two goals throughout the fancy even, against Netherlands and North Macedonia.