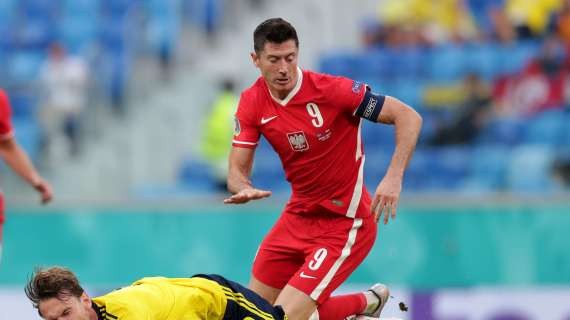 Not happy at all with their centre forward department (Olivier Giroud already handed out to AC Milan, Tammy Abraham on his way to join Arsenal, and Timo Werner having so far rather turned out as a disappointment), Chelsea management, according to latest UK news, are making a thorough attempt at having their way with signing Polish international striker Robert Lewandowski. Forging their way into Bayern Munich star hitman's craving for a brand new professional venture, most likely into Premier League realms (though Real Madrid tempted him by trying to lure him in more than once), Blues execs succeeded in establishing a hotline linking them to Lewandowski's agents.

Turning 33 on August 21, former Borussia Dortmund hitman might be parting ways with Bundesliga giants after seven seasons in, indeed. Recently linked to Manchester City as well, Lewa, who's still on a deal with Bayern until June 2023, is, one of 2010's and early 2020's most proficient scorers and frontline leaders worldwide, looks nonetheless tempted by a venture elsewhere indeed. Throughout his groundbreaking seven-year long (so far) career as a Die Roten prominent man, he collected the impressive amount of 294 goals scored, across 329 official games capped. Besides, he won 17 titles, home and international combined, including all seven Bundesliga ones he's been fending for the team (adding up to the two titles he won for Borussia Dortmund, between 2010 and 2012), and 2019/20 Champions League edition.

On top of that, Lewandowski, recently named 2020/21 European Golden Boot, capped 122 times for Polish senior national teams, netting 69 goals therein. While collecting dozens of individual honours, the 1988-born was part of his country's expedition for Euro 2012, Euro 2016, and World Cup 2018, as well as recent Euro 2020 campaign one.