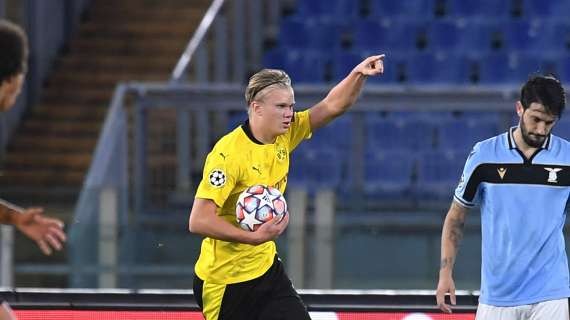 According to The Athletic, former RB Leipzig manager Ralf Rangnick, who's about to be named new Manchester United boss, might be the key for Red Devils to recruit 21-year old Norwegian star striker Erling Haaland, as a proper successor for Cristiano Ronaldo. Playing for Borussia Dortmund since January 2022, former Salzburg hitman, already inquired about by Old Trafford side back when Ole Gunnar Solskjaer was holding the lead, is however likely to end the ongoing season for his current parent club, at least.

Still on a deal with Bundesliga giants until June 2024, Haaland, one out of the prominent scorers around at the time, is still tracked by a bunch more A-listers around Europe, including Liverpool, Chelsea, Manchester City, Real Madrid, Barcelona FC, Juventus, Bayern Munich, and PSG.