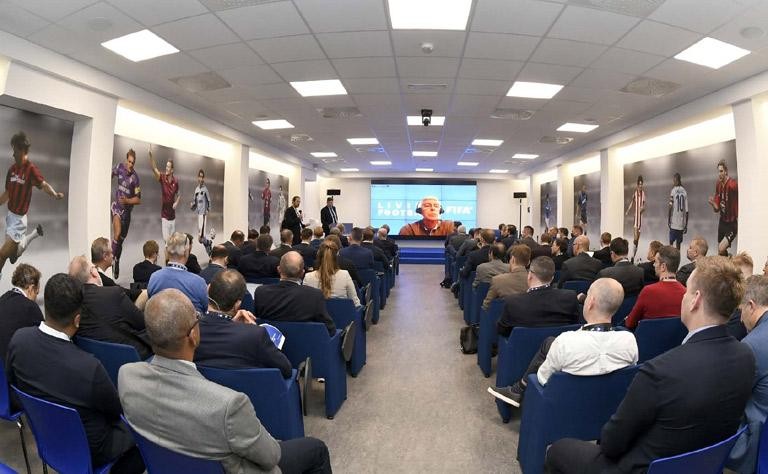 An intense day of work for the representatives of the European Football Leagues, who arrived in Milan ahead of the General Assembly of the European Leagues that is scheduled to take place on friday from 9.00 am. This afternoon the 90 delegates had the opportunity to visit and appreciate the new International Broadcast Centre of the Lega Serie A in Lissone, where they then remained to participate to a workshop focused on the formats of national and international competitions and on match calendar. During the meeting, the FIFA Chief of Global Development, Arsene Wenger, connected from Doha to discuss the FIFA proposals for the international calendar windows. These topics will be discussed in depth on friday morning during the General Assembly, where financial fair play, television rights, Social Dialogue and governance will also be discussed.

"It is an honour as well as a pleasure to host this two-day event" said Lega Serie A CEO Luigi De Siervo. "We have discussed fundamental topics for the future of football, asserting the importance of national championships towards FIFA's new projects. Tomorrow at the press conference we will have the opportunity to illustrate to the media the position emerged during the General Assembly, organised for the first time in Milan by our League".