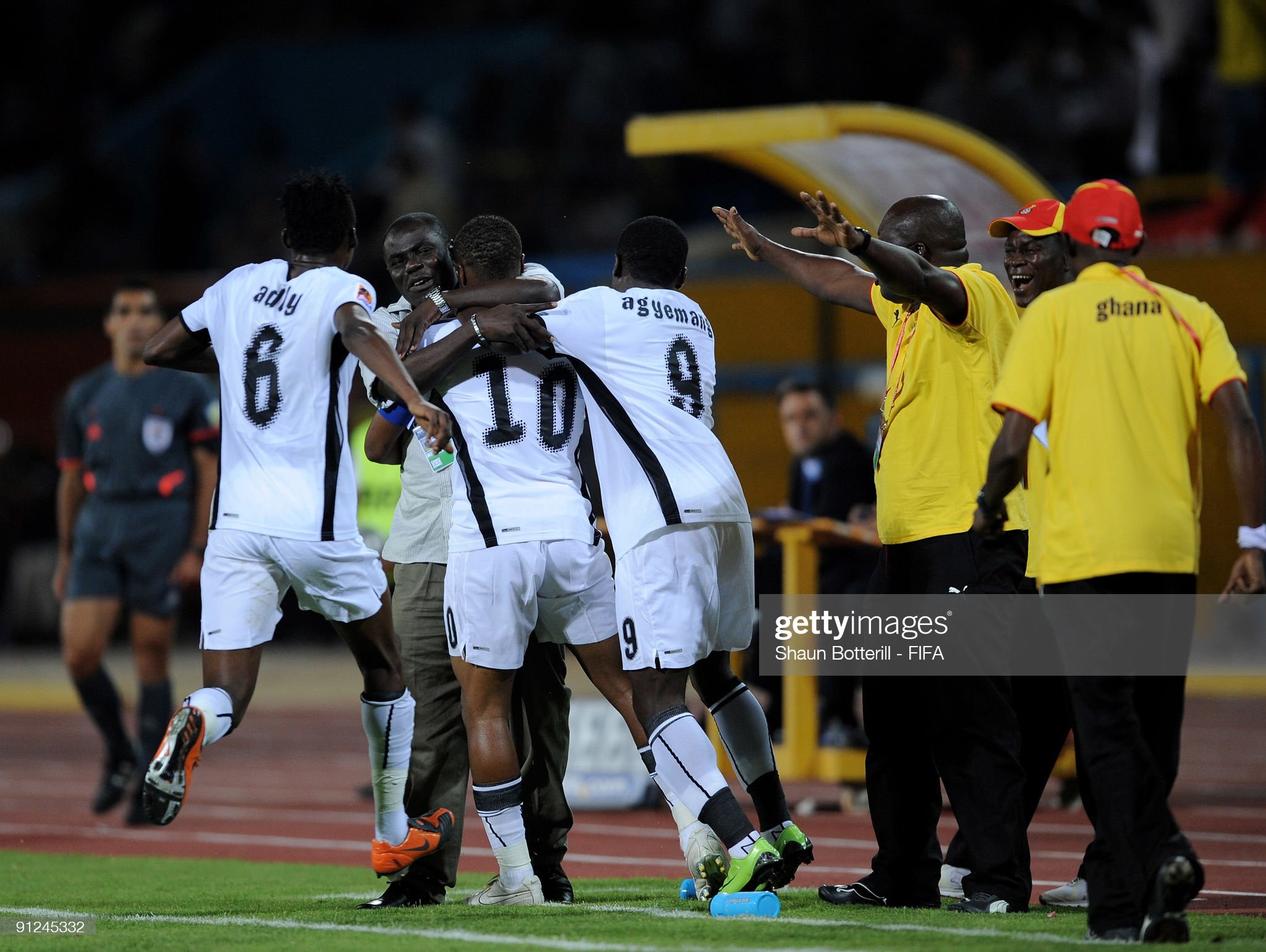 ISMAILIA, EGYPT - SEPTEMBER 29: Andre Ayew of Ghana celebrates with coach Sellas Tetteh after scoring during the FIFA U20 World Cup Group D match between Ghana and England at the Ismailia Stadium on September 29, 2009 in Ismailia, Egypt. (Photo by Shaun Botterill - FIFA/FIFA via Getty Images)

Former Liberty Professionals head coach, Sellas Tetteh has revealed that Andre Ayew was originally not part of his plans ahead of the 2009 U-20 Fifa World Cup in Egypt.

Tetteh was the head coach of the Black Satellites during the 2009 African Youth Championship and led the team to win the championship in Rwanda for the first time since 1999 when they won, with that qualifying them for the World Cup.

However, Andre Ayew captained the side to beat Brazil on penalty shootout to win the trophy to become the first African country to win the U-20 Fifa World Cup trophy.

Speaking in an interview, Tetteh revealed that Andre was not part of his plans for the World Cup despite featuring in the Youth Championship.

"We had a very good tournament in Rwanda by winning the trophy and I must say our plan worked to perfection," he told Accra-based Woezor TV.

"The players were ready to compete and they did it on the field of play and credit to them for their hard work.

"We had to prepare for the World Cup and it was up to me and my technical team to make decisions and I must say Andre Ayew was not part of our plans.

"He competed well in Rwanda but he was not part of the plans for the World Cup but we had to include him in the squad anyhow and during the World Cup he performed and I was happy for him," he added.