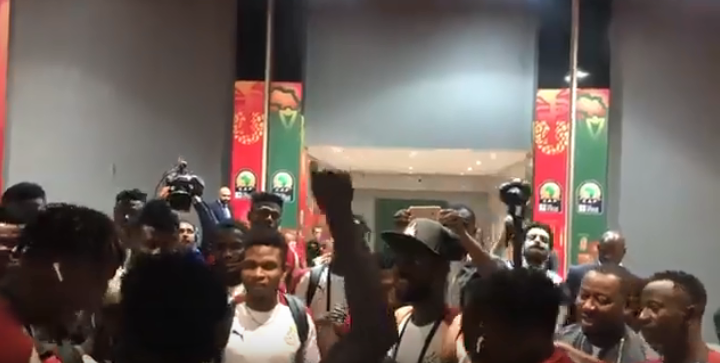 The Black Meteors team has been in ‘jama’ mood this afternoon as they gear up to the crucial CAF U-23 Africa Cup of Nations (AFCON) match against Egypt later tonight.

The two top teams from the African continent have been pitted in Group A of the ongoing tournament as they seek for glory as well as qualification to the 2020 Tokyo Olympic Games.

The Pharaohs won their first game by beating Mali 1-0 but the Black Meteors, unfortunately, drew one-all with the Indomitable Lions of Cameroon.

In need of 3 points today, there is high spirit in the camp of the Ghana team where players have been jamming to typical Ghanaian ‘jama’ songs.

The big game with the host nation will kick off at 19:00GMT at the Cairo International Stadium later this evening.

Watch scenes from the Black Meteors camp in the video below: