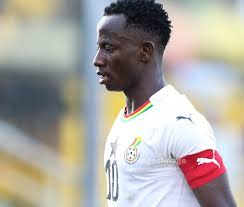 Celta Vigo are reluctant to release Black Meteors of Ghana skipper Yaw Yeboah for the upcoming U-23 Africa Cup of Nations tournament to staged in Egypt, Footballghana.com can report.

According to reports in Spain, the club are unwilling to let Yeboah join coach Ibrahim Tanko's side who are currently in camp preparing for the tournament.

The club believes that the time scheduled for the tournament does not fall under Fifa’s international break.

However, the technical handlers of the Black Meteors are engaging the club to at least allow the player join his colleagues in camp on the October 28, 2019.

The tournament will be played between 8-22 November, 2019 in Egypt.