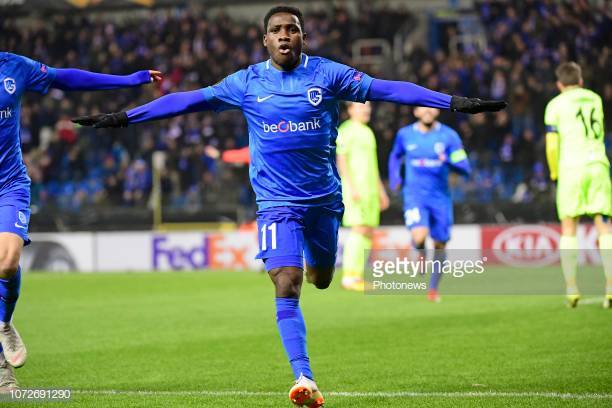 Ghana and Genk midfielder Joseph Paintsil has backed the Black Meteors to defeat Cote D’Ivoire in the semi-finals of the on-going Africa U-23 Cup of Nations in Egypt.

Coach Ibrahim Tanko's side reached the semis after edging out Mali 2-0 in the final Group A game courtesy Kwabena Owusu's brace.

Ghana has failed to qualify for the Olympic games since 2004 Athens and a win against Cote D’Ivoire will see them secure an automatic qualification into the tournament which will be hosted in Tokyo, Japan next year.

"I have been following the team at the tournament and I am really excited about the feat they have achieved so far, he told GHANAsoccernet.com.

"It has always been our goal to qualify for the Olympic Games since we started playing the qualifiers and I know God is on our side and we will make it. I wish them all the best of luck against Cote D’Ivoire in the semi-finals", he added.