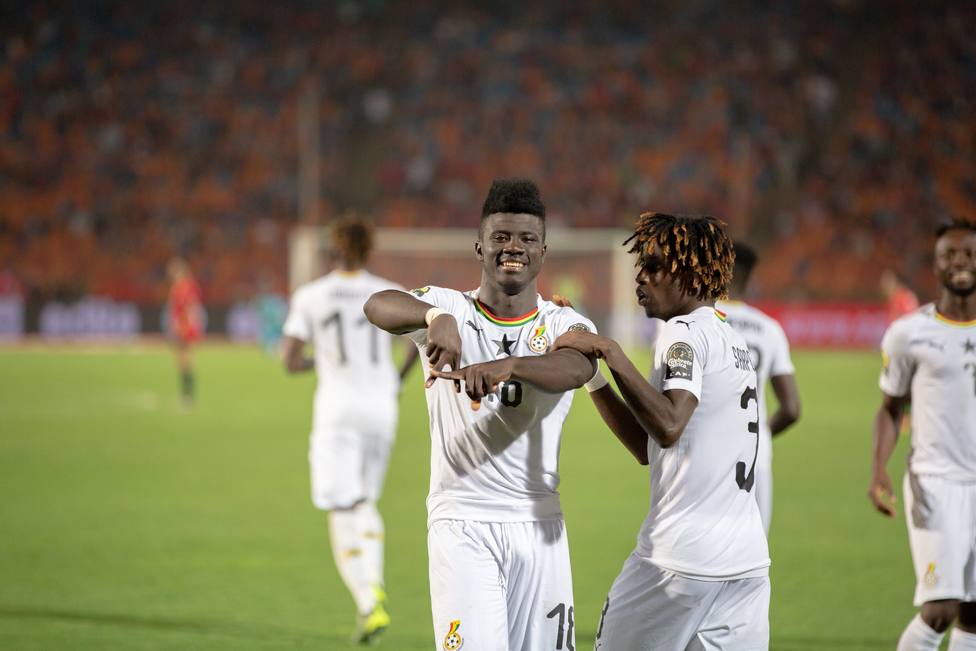 Top European clubs have sent scouts to monitor Ghanaian striker Samuel Obeng ahead Black Meteors' third place play off against South Africa at the on-going Africa U-23 Cup of Nations in Egypt, Footballghana.com can report.

The 22-year-old has established himself a key contributor for coach Ibrahim Tanko's side in the ongoing U-23 Afcon, prompting several clubs from Europe to show interest in him

Obeng has scored one goal and registered two assists for the Black Meteors.

The Real Oviedo youngster made his debut as a second-half substitute for Ghana against Cameroon in the opening game which ended in a 1-1 draw.

He scored and also provided an assist in the Black Meteors’ 3-2 loss to host nation Egypt in his second game and has since been dominating the headlines in Egypt so far.

Obeng, whose current transfer market value is around 200 K €, contract with Spanish side Real Oviedo expires in June 2021.

The Black Meteors are eyeing their first-ever Olympic Games qualification for the first time since 2004 and will be hoping to beat South Africa on Friday at the Cairo International Stadium.