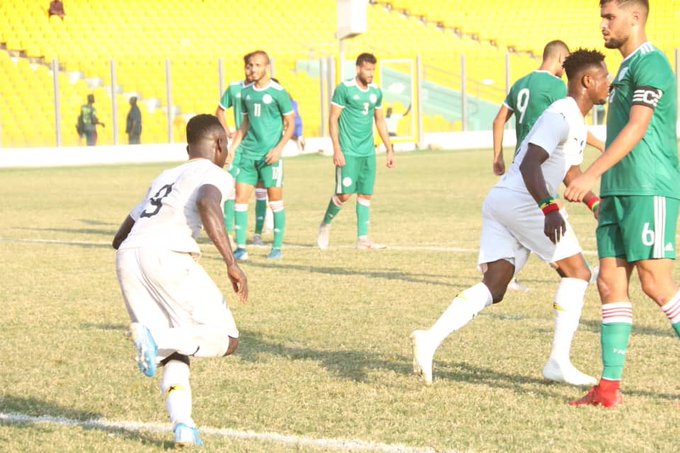 The Ghana u-23 team, the Black Meteors has failed to capitalize on home advantage after drawing 1-1 with their counterpart from Algeria in the first leg of the final qualifying round to the u-23 Cup of Nations (CAN).

Following a slow start to the match, the away side grew in confidence and took a surprise lead on the 30th minute through Z. Adem.

The Black Meteors fought back and were awarded a penalty kick three minutes after conceding. Striker Yaw Yeboah who stepped up could not find the back of the net and sent his strike well over the bar.

All efforts to restore parity failed to materialize as the referee for the day whistled to end the first half.

The Foxes resumed the second half with the aim of defending their lead and managed to do that for 25 minutes but unfortunately gave away a second penalty on the 70th minute.

This time around it was striker Dauda Mohammed who stepped up and leveled the score for the home side.

Algeria held on and finished the match with the one all draw though Ghana coach Ibrahim Tanko made some changes to his team in hopes of getting a second goal that would have seen his side emerging as winners.

Both sides will have it all to play for in the second leg which is expected to come off in Algeria on Monday, September 9, 2019.