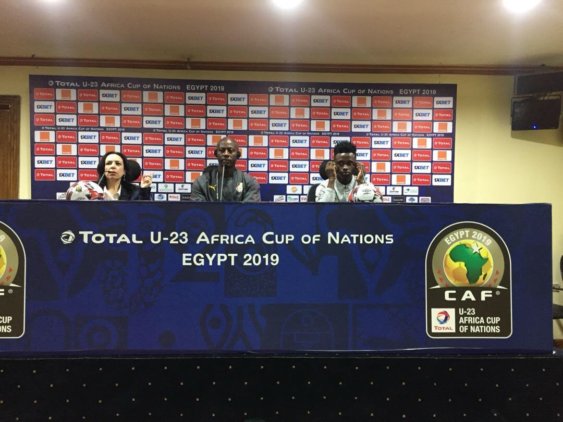 Ghana coach Ibrahim Tanko is counting on a favour from hosts Egypt to stand a chance of qualifying for the knockout stage of the Africa U23 Cup of Nations following a disappointing loss on Monday.

Twice in the lead, the Black Meteors failed to hold on as a relentless Egyptian side twice fought back to snatch a 3-2 triumph in a matchday two clash at Cairo International Stadium.

The result leaves Ghana third on the table ahead of their last group fixture against Mali on Thursday, five and three points behind the hosts and Cameroon, respectively.

"We played a great game but lost in the end, this is football," Tanko said at the post-match press conference, as reported by Cafonline.com.

"I congratulate Egypt on qualifying.

"We will play to win against Mali and hope for a favourable result from Egypt match against Cameroon."

Ghana, who drew 1-1 with Cameroon on matchday one, must beat Mali at all costs and hope Cameroon lose to Egypt to stand a chance of qualifying for the next round.

Only the top two teams in the group will reach the semi-finals while the ultimate tournament champions, runners-up and bronze-medallists secure tickets to represent Africa at the 2020 Tokyo Olympic Games in Japan.