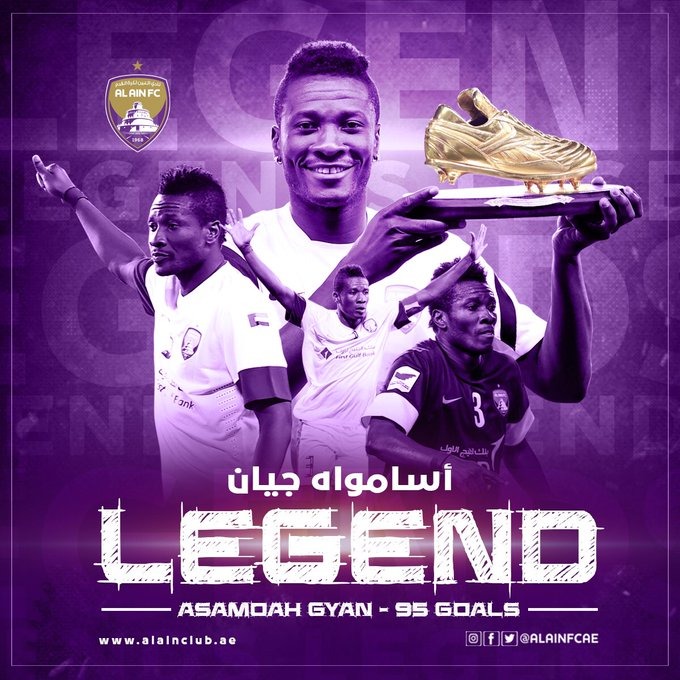 United Arab Emirates (UAE) giants, Al Ain has taken to social media to celebrate legendary striker Asamoah Gyan for what they say are unforgettable moments he created with the side.

The Ghana forward moved to the Gulf in 2011 from Sunderland for a one-year loan spell which subsequently ended in a permanent transfer the following season.

He stayed with the club for four years where he managed to establish himself as one of the best players in the history of the club and in the league as well.

In a Twitter post today, Al Ain has extolled Asamoah Gyan as they describe the veteran as a ‘natural goal-scorer’.

During his stay with the UAE outfit, the striker won the Pro League 3 times. In addition to that, he won the President’s Cup as well as the Arabian Gulf Super Cup with Al Ain.

The 33-year-old managed to score an outstanding 128 goals after playing 123 matches for the side.