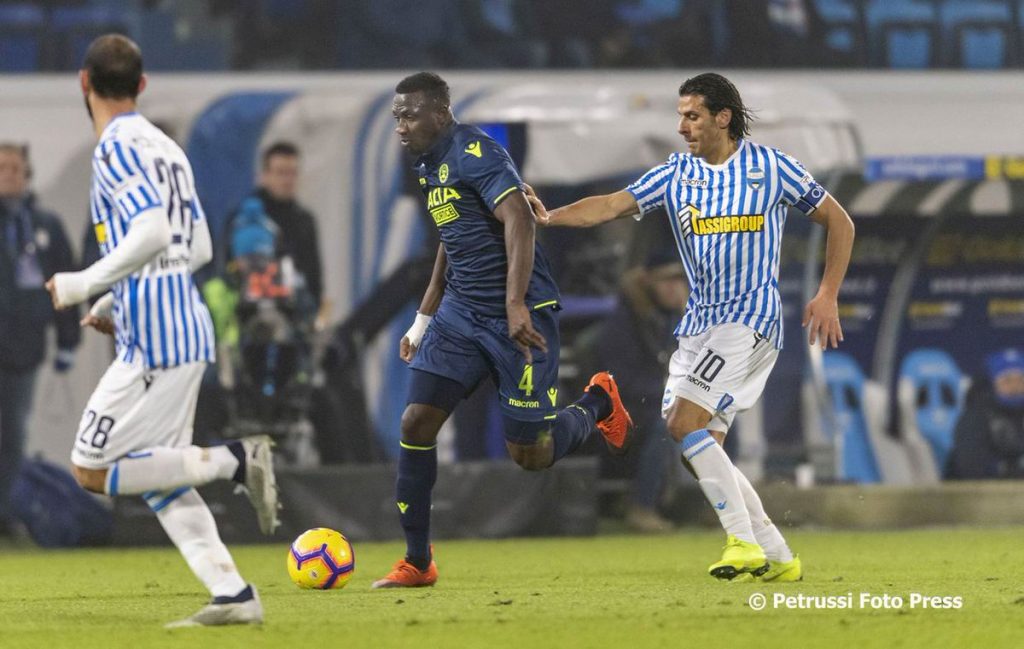 Udinese defender Nicholas Opoku is set to join the Black Meteors of Ghana ahead of their clash against Algeria in the U-23 Africa Cup of Nations qualifiers, Footballghana.com can report.

Opoku is expected to join coach Ibrahim Tanko's side as they intensify preparations ahead of the final qualifying round of the 2019 U-23 Africa Cup of Nations in September.

His experience will vital to the team since St. Gallen defender Musah Nuhu won’t be available for the game due to injury.

Ghana sealed their place following a goalless away draw with Gabon in Libreville to advance from the second qualifying round 4-0 on aggregate.

On the other hand, Algeria knocked out Equatorial Guinea 3-1 on aggregate after a win at home in the return leg.

The Black Meteors will host the North Africans at home and the return leg in Algiers four days later next month.

The winner of the tie will join six other teams and hosts Egypt for the final tournament scheduled for November 8-22.