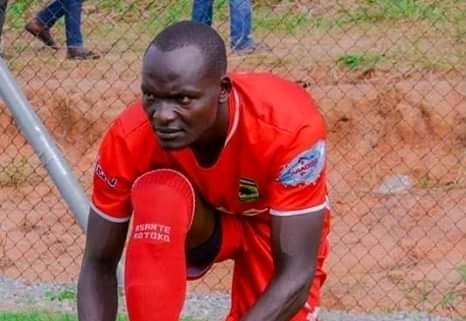 The Ugandan striker completed a transfer to the Porcupine Warriors in the summer transfer window after impressing in last season’s CAF Confederations Cup campaign with Kariobangi Sharks.

Though he joined back in July, he has had to endure a goal drought of 3 months before finding the back of the net. He was given meaningful minutes during Kotoko’s failed stint in the CAF Champions League but could not score.

In a friendly match with Bekwai Youth Football Academy today, however, he managed to score to end a poor run of form which had attracted the fury of some of the club’s supporters.

His 90th-minute strike was the icing on the cake for the Reds after out of favour Sogne Yacouba had bagged a hat-trick for himself.

The form of the two attackers will be very much needed when Kotoko engaged Ivorian side FC San Pedro later this month in the final playoff round to the group stage of the CAF Confederations Cup.