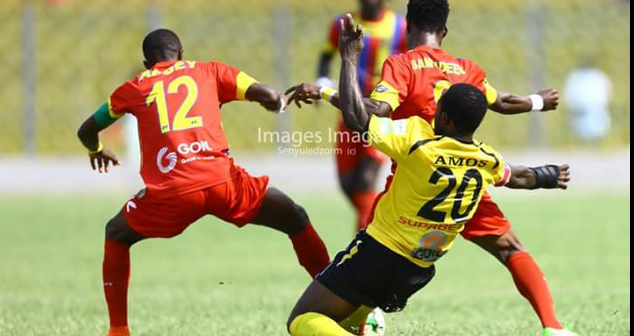 The Referees Review Committee have given referee Samuel Sukah thumps up for the penalty call he made in the Super Clash encounter between Hearts of Oak and Asante Kotoko last Sunday at the Accra Sports Stadium.

Following official’s controversial decision to award Hearts of Oak late penalty after he adjudged Samuel Yeboah’s shot to have struck the arm of Kotoko defender Ahmed Adams in the 18-yard box, which was duly score by Vincent Atinga to beat their arch-rivals on Match Day 8 of the Ghana Premier League, the Referees Review Committee of the Ghana Football Association met on Friday to make a thorough postmortem on the performance of the referee, and the much-talked about decision he took against the away team.

However, after a thorough playback of the tape, the committee arrived at a decision that the controversial call by the Class One referee was legitimate.

Before the meeting many had expected a retrospective action by the football association to have sanctioned the referee who handled the game.