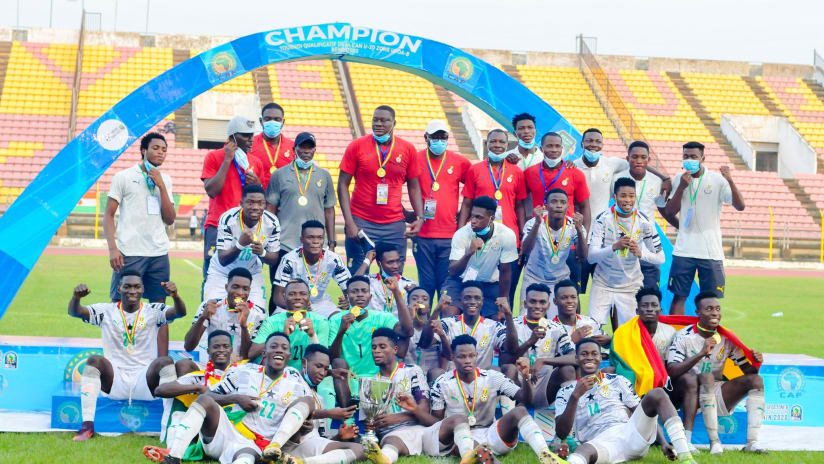 The poster boy for the Ghana U-20, Percious has disclosed that unity in camp helped the team to win the 2020 WAFU Zone B U-20 Cup of Nations tournament in Benin.

Nicknamed the Black Satellites, the Ghana junior national team is one of 6 countries that featured at this year’s tournament.

At the end of it all, Ghana was crowned champions after defeating their Burkina Faso counterpart 2-1 in the grand finale.

After wild celebrations the team is back in Ghana and continue to receive praise for their performance.

“We were united and we played as a team our sem final game against Niger was our toughest game in our WAFU zone U20 CHAMPIONSHIP tournament in Benin it was a collective effort from playing body, technical team and management that help us to lift the trophy,” the Dreams FC star noted.

Percious Boah finished the tournament as one of the standout players having scored two goals from three games.