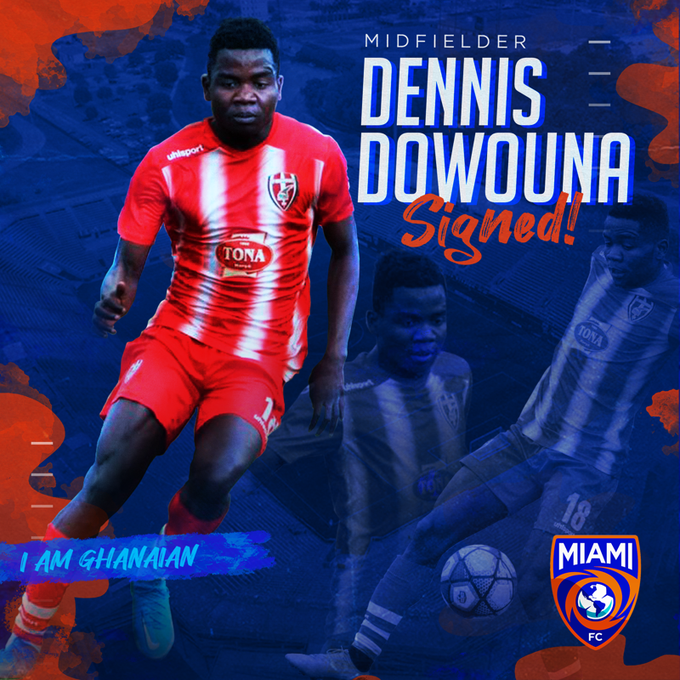 The club is taking advantage of the off-season to strengthen their squad for the upcoming 2022 football season.

On the back of successful talks with the representatives of Dennis Dowouna and his club KF Skenderbeu, Miami FC on Monday completed the signing of the midfielder.

The Ghanaian player has inked a short-term deal that could be extended further if he manages to impress during that period.

"Dennis is a young midfielder who we believe in the right environment can continue to grow and develop into a very good player at this level,” said Miami FC head coach Anthony Pulis after the deal was sealed.

The gaffer added, “He is very comfortable on the ball, breaks up play well and does the basics to a very high level.”