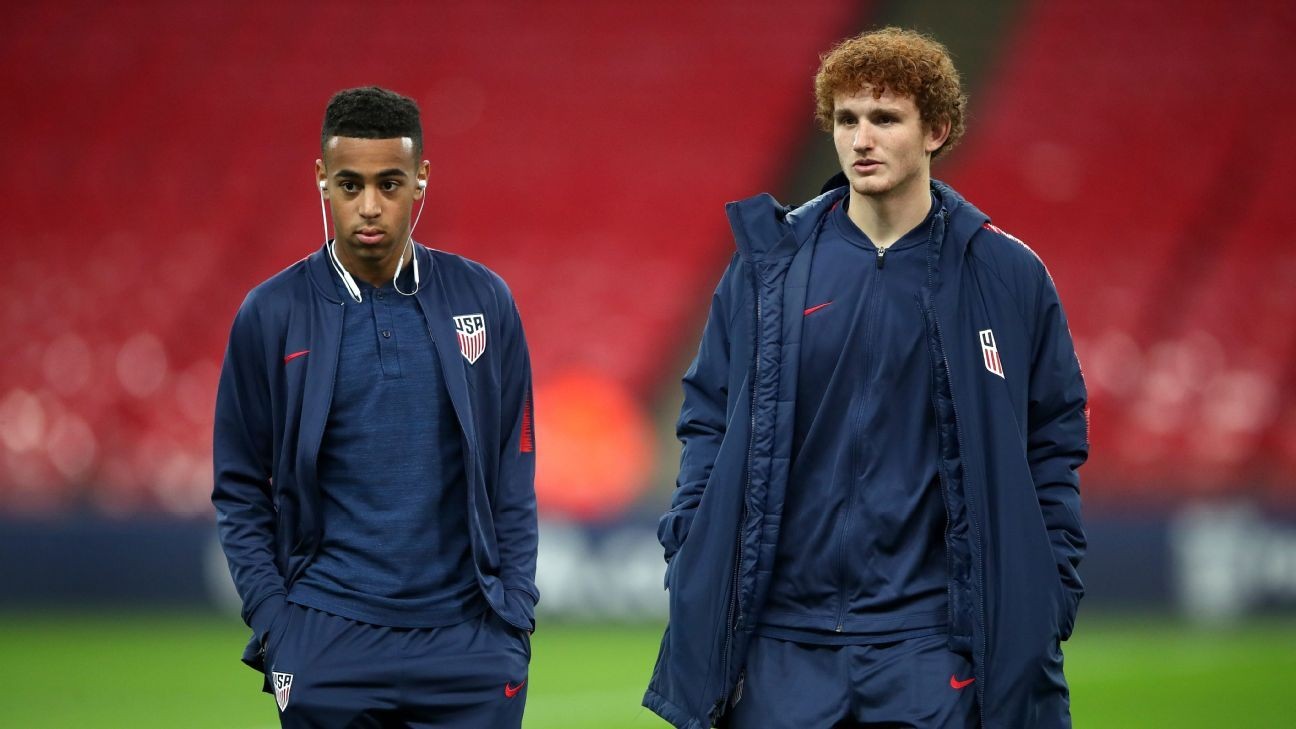 United States national team trio Giovanni Reyna, Tyler Adams, and Joshua Sargent said they are seeking to improve at their respective clubs ahead of the start of the German Bundesliga season (stream matches on ESPN+).

- Which German Bundesliga team should you support?
- Stream Bundesliga, Serie A, MLS on ESPN+ all season
- Stream 'Banter with Taylor Twellman' on YouTube

Reyna (Borussia Dortmund), Adams (RB Leipzig), and Sargent (Werder Bremen) are among the USMNT stars looking to build on their performances from their previous campaigns in Germany's top-flight division. Speaking with ESPN's Taylor Twellman, the three players detailed what they look forward to the most of the opening weekend.

Bundesliga is welcoming back fans; when will Premier League, La Liga and Serie A follow suit?

McKennie, Pulisic, Reyna and more: Where the USMNT stars are across Europe

"I learned a lot, I came in as a sub and started a few games and I started doing well, so I have high expectations for myself this year," Reyna said. "We have a a lot of quality guys going forward, but if I can keep on working I can slowly work myself into the team and try to help in anyway possible."

play0:36 Gio Reyna admits Dortmund have 'high expectations' for him

Adams said Leipzig will need to find other ways for the Champions League semifinalists to make up the scoring production lost after Timo Werner signed with Chelsea.

"He is the type of player that you can't necessarily replace perfectly, the responsiblity of the team is going to have to be taken up a notch, we will continue to play for each other, we have a team oriented style of play," the 21-year-old midfielder said.

Adams, who joined Leipzig in 2019 from MLS side New York Red Bulls, has been credited as a versatile cog in Julian Nagelsmann's machine. Normally seen as a defensive midfielder, he won Man of the Match last week in Leipzig's 3-0 German Cup win over Nurnberg playing in the middle of a 3-man defensive line.

"It was definitely interesting, I don't know if it was an experiment, I guess we'll wait until the weekend to see where I'll play," said Adams.

Sargent is expected to play a bigger role in Bremen's attack after the club survived a relegation fight last season. The 20-year-old battled a hamstring injury last season but bounced back to keep Bremen up and has impressed so far in the preseason.

"We won all our [preseason] games, and I was scoring goals so I feel good, keep doing what I have been doing, and everything will fall into place," said Sargent.

The three players also took a good natured jab at USMNT teammate Weston McKennie, who made the shock loan move from Schalke 04 to Italian champions Juventus.

"I think Weston is trying to chill with [Cristiano] Ronaldo right now," Adams joked. "Trying to get as many pictures as possible!'