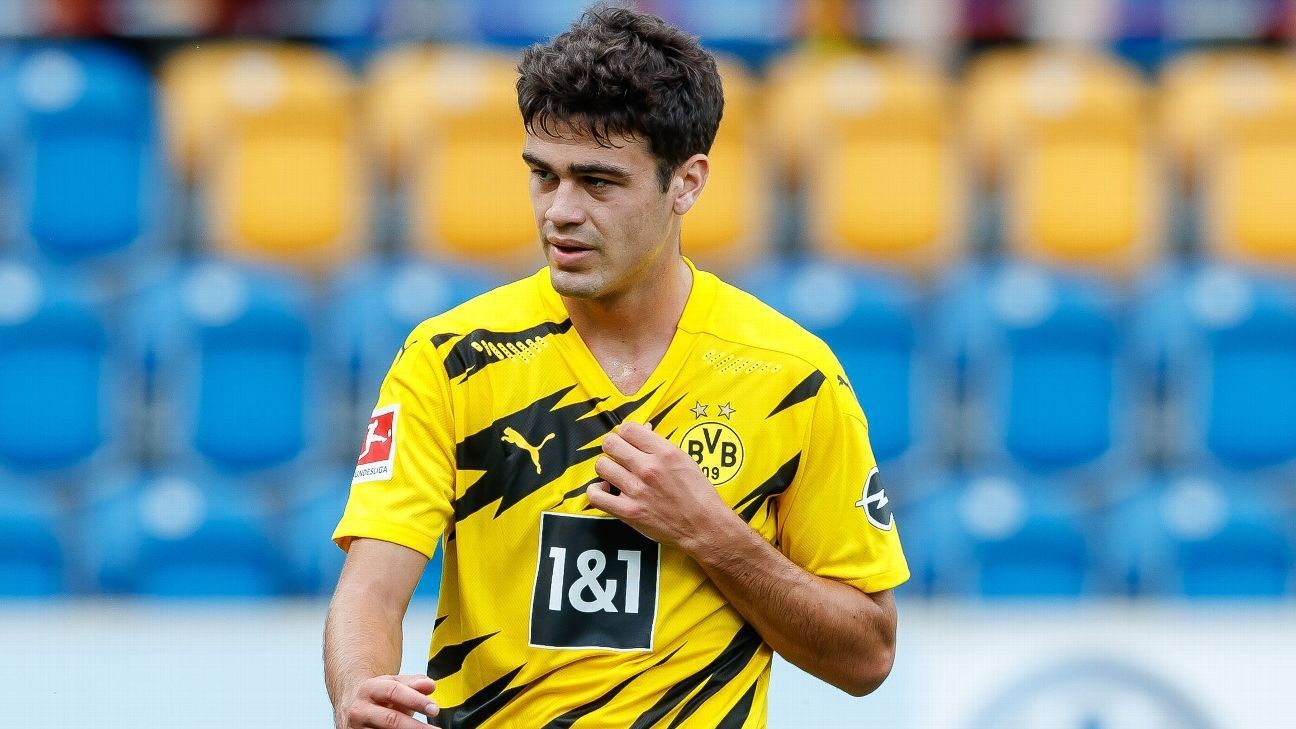 United States international Gio Reyna has said he is at Borussia Dortmund to compete for titles and has no plans to leave anytime soon.

Reyna burst onto the Bundesliga scene in January 2020 when he made his Dortmund debut in a 5-3 win at Augsburg. By the end of the domestic season, he had made 18 competitive appearances, with two of them as a starter.

By February, in the last match at the Westfalenstadion before the outbreak of the coronavirus, Reyna set up Erling Haaland for his stunning winner in the 2-1 victory over Paris Saint-Germain in the Champions League round-of-16 first leg.

"Right now, I am just very happy here and that is what counts," Reyna told Bild. "I am not passing through here at Dortmund.

"It's a club competing for titles. [On their own] those unbelievable fans turn BVB into something special."

Dortmund are established as one of the best places for young talent to develop before making the step to one of Europe's super clubs.

This summer, they beat Manchester United to the signature of 17-year-old Jude Bellingham and in January won the race for Norway attacker Haaland who joined England star Jadon Sancho on their books.

And Reyna said he thrives in Dortmund's environment, saying: "It's a lot of fun to be out there on the pitch with Jadon and Erling. In the Champions League match against [PSG], we formed the attack towards the end, and we won 2-1.

"Two 19-year-olds and a 17-year-old, that was pretty cool. This alone can make the club proud. Because it was exactly what the club stands for."

Reyna's performances have not gone unnoticed in the United States where he could still debut for the national team before turning 18 on Nov. 13.

"The only reason Gio has not been capped yet is that our March tests against the Netherlands and Wales were called off because of the coronavirus pandemic," USMNT head coach Gregg Berhalter told Sport Bild.

"He will get a chance in our next match, that much is clear,. Reyna has an outstanding mentality. He's a teenager but plays like he's been around for a long time. He has this hunger to win everything and to improve in every training session."