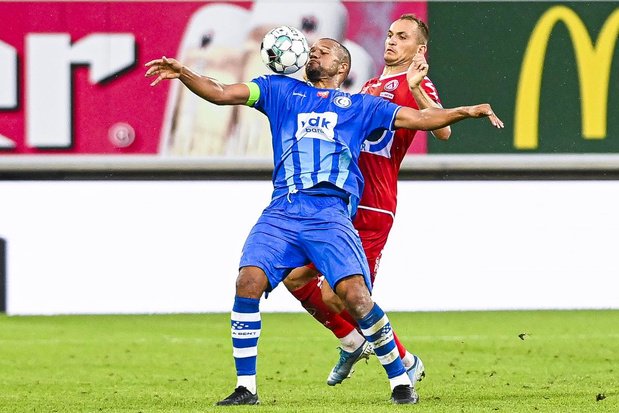 Vadis Odjidja has not had an easy season yet. He was out for a long time with an injury that could have been avoided.

Odjidja knows that the injuries he is dealing with are actually his own fault. “I'm just careless. And it's not easy for me to say no," he tells Het Nieuwsblad.

“In the match against Czestochowa I got a kick. Three days later I still hadn't recovered enough and I said that to the medical staff after the warm-up. I couldn't walk properly. But because we were playing against Club, I wanted to try anyway. Result: after five minutes in the second half I am injured with a hamstring injury, when I should have said that I really couldn't play."

Odjidja regularly plays with injections, but his stats are not what they should be with four goals and two assists. “I have already given a lot of good balls. But they don't shoot them in. Write that down,” he adds with a laugh.

It is therefore not on the agenda yet, although his contract will expire at the end of next season. "Not at all. Then I'm only 34 years old. I still feel good and I'm certainly not among the worst in training. But the day I can't play in 1A anymore, I won't go down to lower divisions. I like playing café football with friends.”