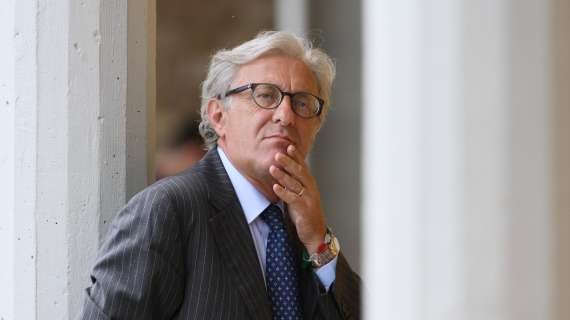 Who is your favorite to win the European Championship?

"France, especially if they manage to express their quality. We’ll have to see what will happen with Spain: at the moment they are handling many cases of 'Covid-19' and could lose ground. Germany is a team that is always well prepared and seems to always reach the top four; I like Belgium’s play a lot. I also want to add England to the favorites, they are full of young players as well as Portugal. Italy must, as always, aim at the ultimate goal, we must look at going as high as possible."

Do you see any similarities with 2016? Italy really were one step away from the semifinal.

"There is no doubt, the most important thing is the group’s cohesion. Without a great collective, you cannot be a great team on the pitch. This is one of the merits of Vialli and Mancini who are creating an environment full of enthusiasm, conviction, self-esteem and great courage. The match against the Czech Republic was an example of how that translated to the pitch."

The architect of that amazing journey was Antonio Conte, on which team will we see him again?

"He did an superb job with the national team and a masterpiece with the title won at Inter. After Inter were knocked out of the Champions League, there were those who wanted him gone; he put his heart and soul into achieving the title. His character is quite restless and obviously he always wants the most from his players and himself, he is never satisfied and I say it in a positive way. Evidently, the talks he had with Inter did not  satisfy him and neither did those of Tottenham, I think there is a chance that he can take a break for a year while he waits for the right call. I thought he could go to Real Madrid, but Perez chose Ancelotti."