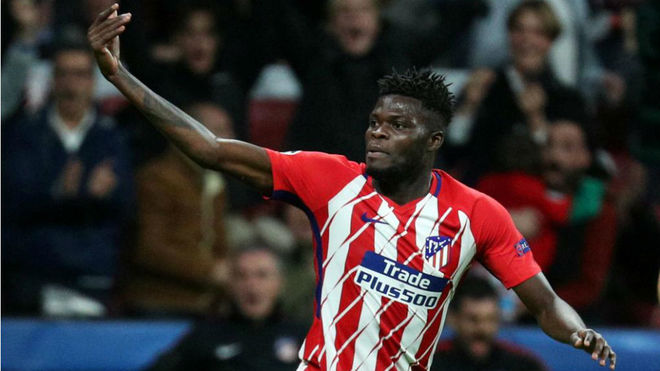 Thomas Partey has been advised to consider Atletico Madrid exit in January after seeing little game time under Diego Simeone this season despite an incredible performance last season en route to the UEFA Europa League triumph.

The Ghanaian has attracted interst from several clubs including Premier League sides Arsenal and Southampton.

Despite denying any immediate plans of a move away from Wanda Metropolitano, coach Sarpong, who nurtured former Sunderland striker Asamoah Gyan, believes Partey needs to move on in order to save his career.

"It will be good for Partey's career to leave Atletico Madrid for Arsenal in January if indeed the English club is serious about him," Sarpong told Goal.

"One major thing he should also consider is that if joining Arsenal will give him more playing time, then it will be better for him to move. It is not always about the money players will get at the end of the day that leads to a change of club. They always want to play," he said.

"In Europe, many players talk to coaches for first team assurance before they move so he should do that if he is not sure because he is a quality player who must play more games," he added.

The Black Stars midfielder has made just four starts in all competitions for Atletico, which is three less than what he achieved at this stage in the previous campaign.