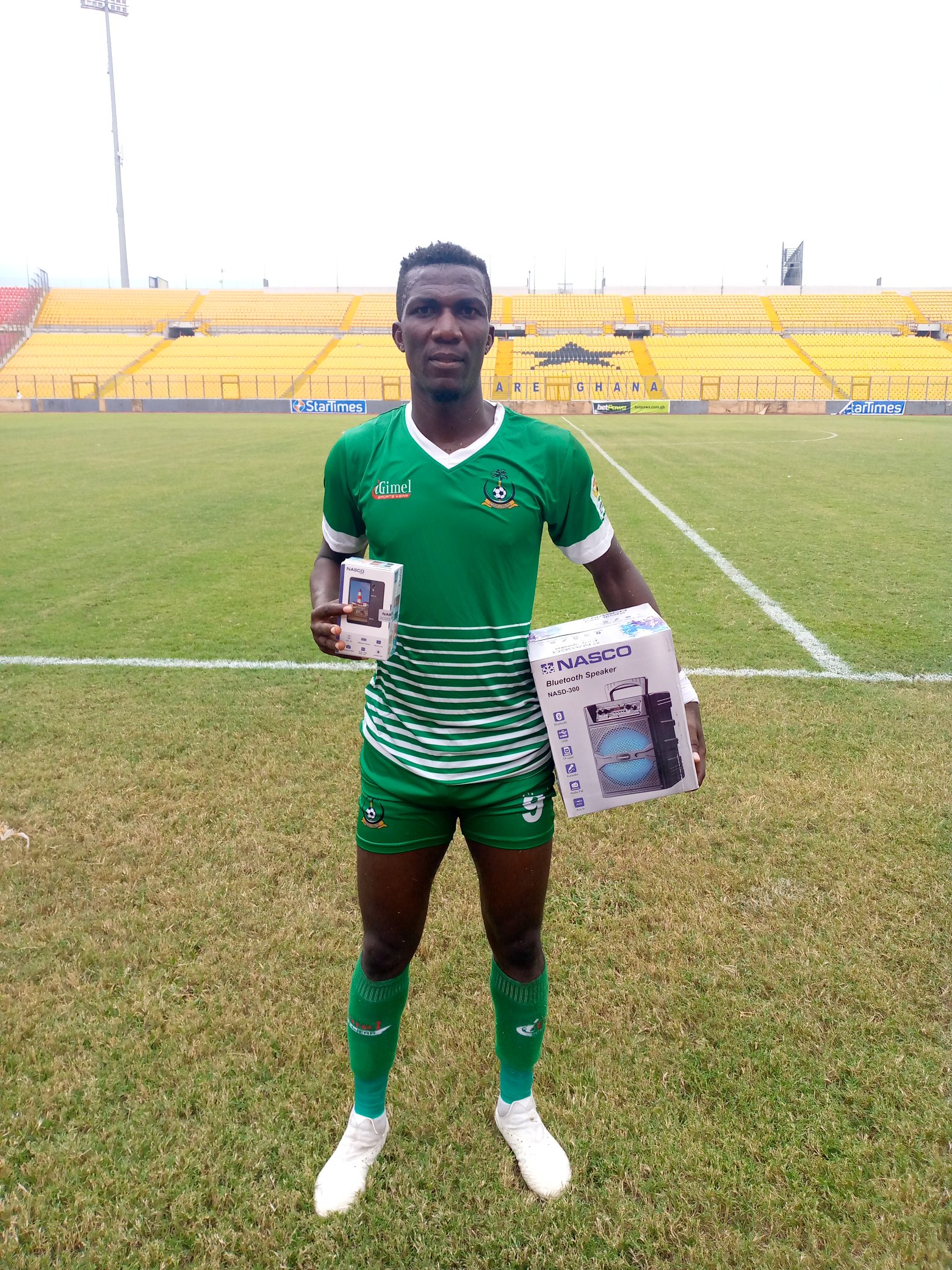 King Faisal excelled with a top performance on Friday to secure the team's first win in the Ghana Premier League this season.

The team’s performance was inspired by experienced forward Abednego Tetteh.

The former Bechem United poster boy led the lines to the delight of his coach and made things happen for the team.

In the 56th minute, Abednego Tetteh stepped up and converted a penalty kick to give King Faisal a 2-0 lead.

Before his goal, an equalizer from Samuel Adom Antwi in the first half had given the home team the lead.

Although Kotoku Royals would half the deficit in the 81st minute, King Faisal held on to secure a 2-1 victory.

Courtesy of his performance in the win, striker Abednego Tetteh has been named the Man of the Match.