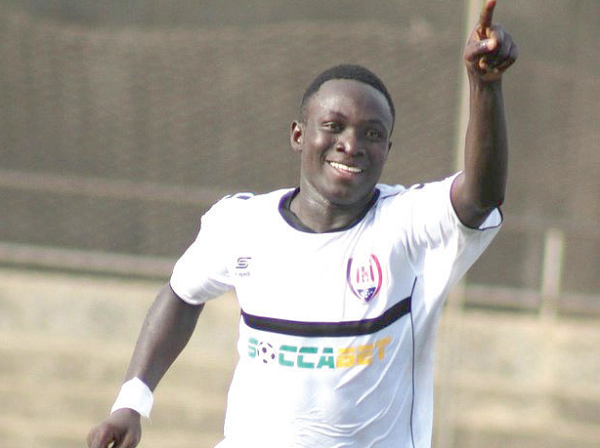 The Inter Allies striker has dominated in the ongoing season having notched 11 goals after Matchweek 11. Adebayor was linked to Hearts of Oak from the start of the season but failed to complete the move.

However, in the middle of the season, rivals, Asante Kotoko have also expressed their interest in signing the prolific forward.

“We have heard all about Adebayor’s exploits in Ghana," Hamidou told TV3.

"His club president is my personal friend so we do stay in touch.

"Adebayor is a boy with so much quality. He has a gifted foot but he is yet to mature as expected.

"Now he is a national team player and must be aware of that and act accordingly.

"At the level of his game, he should have been in Europe by now.”

On Monday, Allies released a statement, warning domestic clubs against pursuing Adebayor and declaring the 23-year-old not for sale to any Ghana Premier League outfit.

The publication also said the striker has received six offers from Europe, one bid from UAE and another proposal from Saudi Arabia.

In December 2018, he came close to joining Danish fold Vejle Boldklub but the deal fell through.

Adebayor joined Allies from Nigerien side AS GNN in 2018 after impressing for Niger at the 2017 Wafu Cup of Nations.