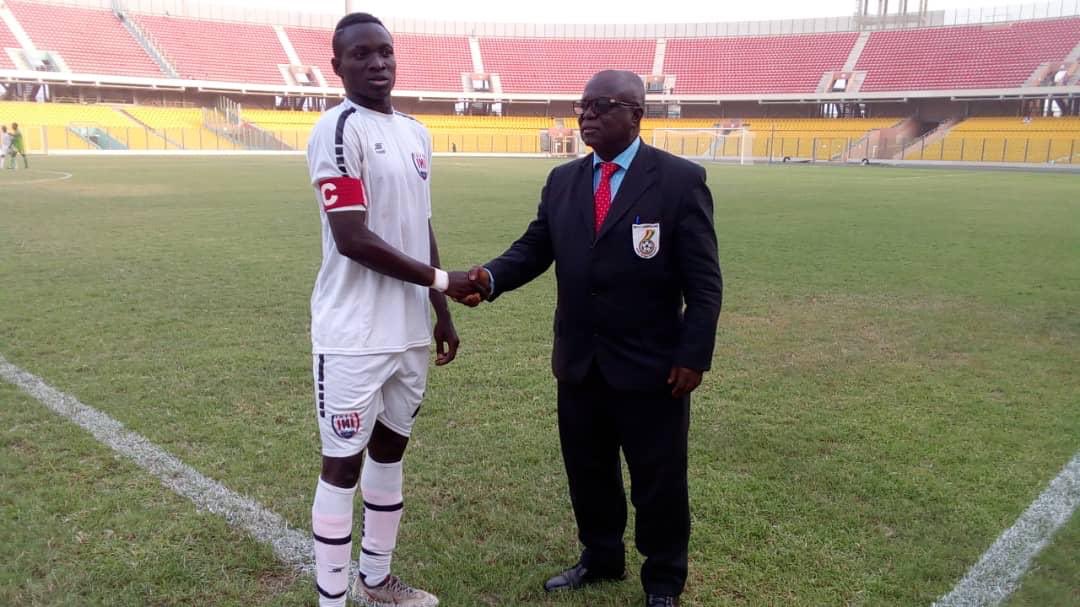 Inter Allies captain Victorien Adje Adebayor has been named as the ‘Man of the Match’ in the team’s 2-1 win over Bechem United in the Ghana Premier League this afternoon.

The Nigerian forward was handed another starting role for the Tema-based side to help them seek a first win in the 2019/2020 top-flight campaign.

Following a good start to the match at the Accra Sports Stadium, Kwabena Kyeremanteng scored to hand Inter Allies a deserved lead.

They could, however, not keep their defensive door shut and allowed Bechem United to draw level as they equalized through Salifu Moro on the 22nd minute.

Late into the first half, Victorien Adje Adebayor popped up and scored with a fine effort to restore the lead for Inter Allies which eventually handed the side their first 3 points of the season.

At the end of the match, the captain for the winners has been named as the Man of the Match for the day.