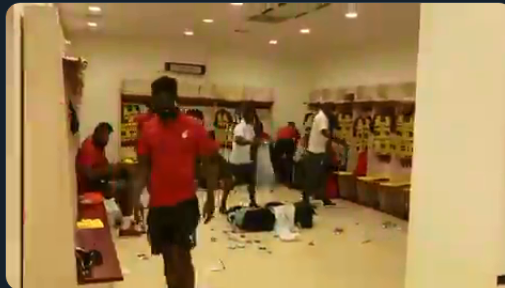 The Black Stars of Ghana have arrived at the Titanic Sports Stadium this afternoon for their clash against the Qatar national team.

The West African powerhouse is facing off with the Asian Champions this afternoon as part of preparations for the resumption of the qualifiers to the 2021 Africa Cup of Nations (AFCON) tournament.

Ahead of kick-off, the Black Stars team has safely arrived at the Titanic Sports Stadium and currently putting on their gear in the dressing room.

The meeting between Ghana and Qatar will kick-off at 15:30GMT and will be the last of 2 friendly matches that will be played by the Black Stars in the international break.

Having lost 3-0 to Mali last Friday, Coach C.K Akonnor and his team is hoping to get a good result against today’s opponent.

Watch the team’s arrival in the video below: