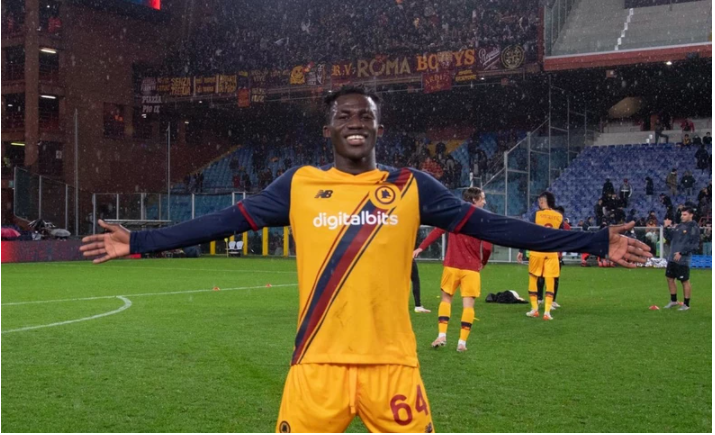 AS Roma attacker Felix Afena-Gyan used Shatta Wale's 'On God' as his presentation song in front of thousands of cheering La Magica fans.

The event took place at the Stadio Olimpico which was filled with supporters. The first team players marched onto the pitch one by one, each with their own entrance song.

The 19-year-old chose Shatta Wale's latest single 'On God' as his entrance song. He acknowledged the cheers from the stands by applauding and making his way to the center of the pitch.

"Top Striker , @ohenegyanfelix9 , I see you! Keep the hard work , whilst you jam to my songs , I love you ok," Wale tweeted.

Born in Sunyani, Ghana, Afena-Gyan moved to Serie A side Roma's youth team on 13 March 2021, from EurAfrica FC.

He made his professional debut on 27 October 2021, against Cagliari. On 21 November, he came off the bench to score two late goals against Genoa, to give Roma a 2–0 win. The brace made him the first player born in 2003 to score in Serie A.