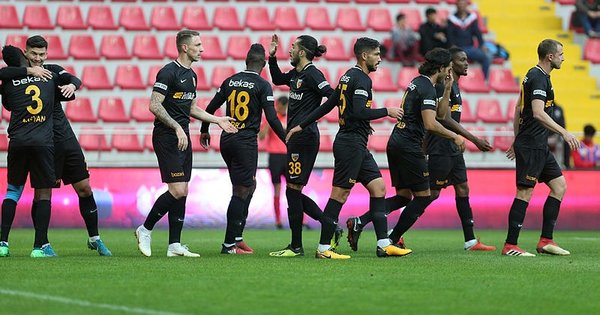 Ghana forward, Asamoah Gyan scored his first goal of the season and provided two more assists as Kayserispor thrashed Pazarspor 6-1 on Wednesday afternoon in the fourth round tie of the Turkish Cup at the Kadir Has Stadium.

Gyan opened the scoring for the home side with a tab in ball just 13 minutes into the game but Tamer Arici drew Pazarspor level in the 24th minute.

Bilal Basacikoglu scored to double their lead in the 52nd mark before Mert Ozyildirim increased the tally to 3-1 in the 59th minute.

His compatriot Bernard Mensah however, deepened the visitors woes when he hit a fine left footed goal in the 60th minute.

Oleksandr Kucher and Silvestre Varela wrapped up victory for their side after scoring in the 72nd and 78th minute respectively.

Gyan did not enjoy full throttle after being replaced by Ahmet Kursat Kilic in the 75th minute.