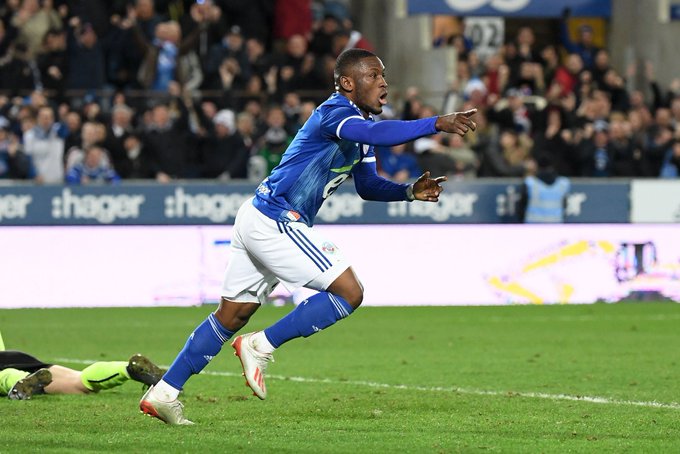 Ghana striker Majeed Warris scored with a fantastic effort on Sunday afternoon to help his Racing Strasbourg outfit to defeat Montpellier 3-1 in the French Ligue 1.

The experienced striker today missed out on a starting role when his team hosted the matchday 20 opponent of the ongoing 2021-22 season.

In the second half when Racing Strasbourg had a man advantage and needed a goal, Majeed Warris was introduced to enforce the attack of his team.

Just eight minutes after coming on, the former Black Stars striker was set up by Andrien Thomason and with a good chance to score.

The former FC Porto man made no mistake as he scored with a thumping forward that left the Montpellier goalkeeper shocked.

Subsequently, goals from Andrien Thomason and Kevin Gameiro powered Racing Strasbourg to cruise to a delightful 3-1 win at the end of the 90 minutes.

The goal today is the first by Majeed Warris this season. He will now hope to enjoy more playing time in upcoming games.