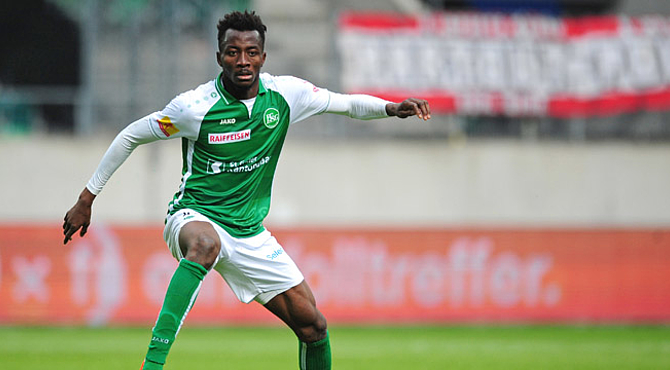 Ghana and St. Gallen defender Musah Nuhu is making 'steady progress' as he rehabilitates from a serious knee injury he suffered five months ago, Footballghana.com can report.

Nuhu underwent surgery in Switzerland in June on the injury he sustained at Ghana’s pre-2019 Africa Cup of Nations training in Dubai.

The 22-year-old torn an anterior cruciate ligament in the left knee and was ruled out for several months by St. Gallen.

"In January he will join the team’s preseason training and so he is expected to start playing again in February," a source close to the player said.

The highly-rated youngster signed a permanent deal with FC St. Gallen after a successful loan stint in the 2018/19 season where he made 13 appearanaces and scored one goal.