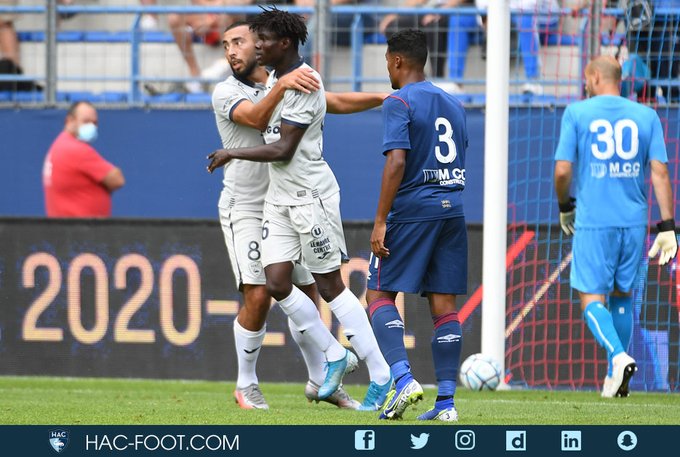 Ghanaian forward Godwin Bentil scored for Le Havre AC on his debut in their 2-1 friendly win over Stade Malherbe Caen on Saturday.

Bentil put up an impressive performance for his side as they sealed a slim victory at the Michel d'Ornano stadium.

Stade Malherbe Caen took an early lead in the 14th minute of the game through Malik Tchokounte but the 20-year-old Ghanaian levelled the score for Le Havre after he was assisted by Quentin Cornett.

Jean-Pascal Fontaine clinched the victory for Le Havre in the 73rd minute.

Bentil, who joined Le Harve AC on a four-year deal from Ghanaian side Attram D'Visser Academy in 2018 scored six goals and provided four assists in 11 games for the second team last season.

Following his exploits at the youth side, he has been promoted to the first-team ahead of their pre-season training.

He was a member of Black Starlets squad that qualified for the CAF U-17 Championship in Niger but failed to make the squad after failing a mandatory MRI scan.