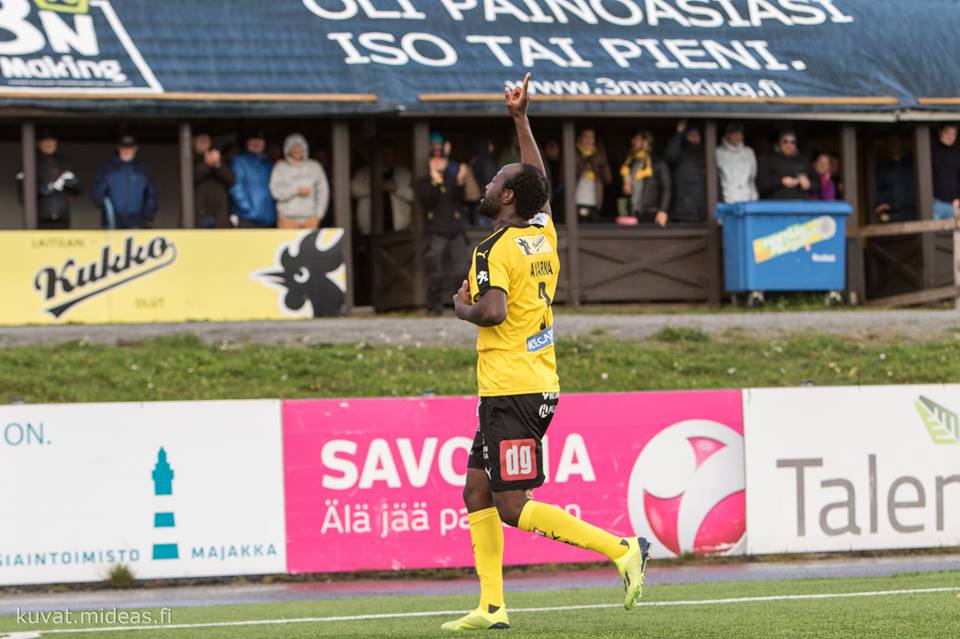 Ayarna scored his side's second goal in their away win at the Veritas Stadion where FC Inter proved difficult to play against.

The 33-year-old has scored two goals and registered two assists for KuPS so far in the 2019/20 season.

He has previously featured for Boston Olympiacos, GAIS, BK Häcken and Ilves Tampere.